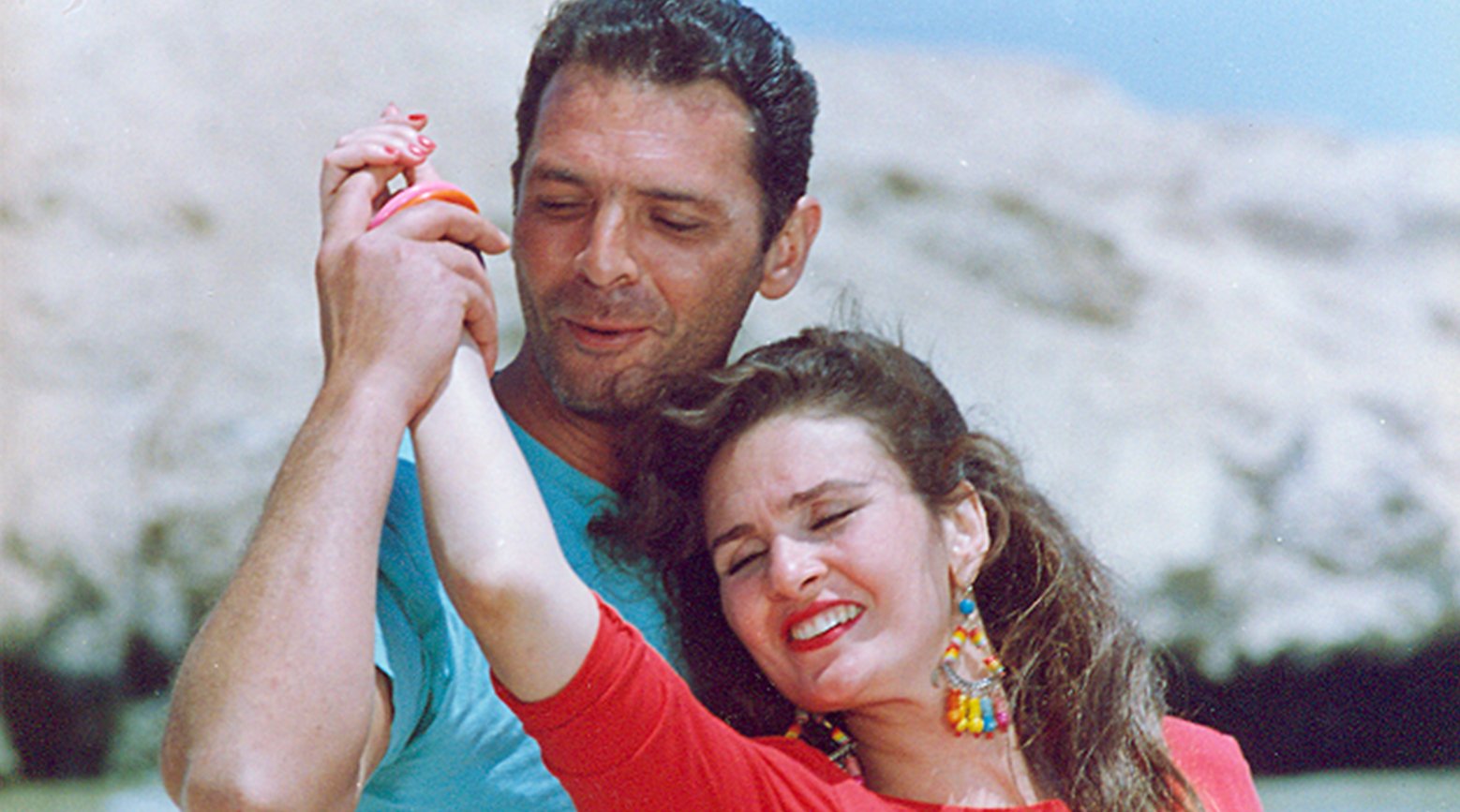 “Strawberry War” is acclaimed for its unusual story, fantastical setting, and dark sense of humor. Thabet (Sami El Adl) is a wealthy businessman who owns factories and lives alone in a vast mansion. Losing his only son, he also loses happiness from his life, unable to understand or grasp its meaning anymore. He encounters the peddler Hamama (Mahmoud Hemeida) and invites him to his mansion, intent on asking him about happiness. Hamama is engaged to Farawla (Yusra), the widow who sells flowers on the streets with her little boy. Together, they decide to go to the mansion where Thabet‘s lawyer offers them 100,000 Egyptian pounds and an apartment – if they can cure his misery. Thus begins a journey to discover the true essence of happiness. Ultimately, Thabet discovers it in Farawla; deciding to marry her, he drives Hamama to the brink and to murder. The film is restored with the support of the Red Sea Film Festival Foundation.”