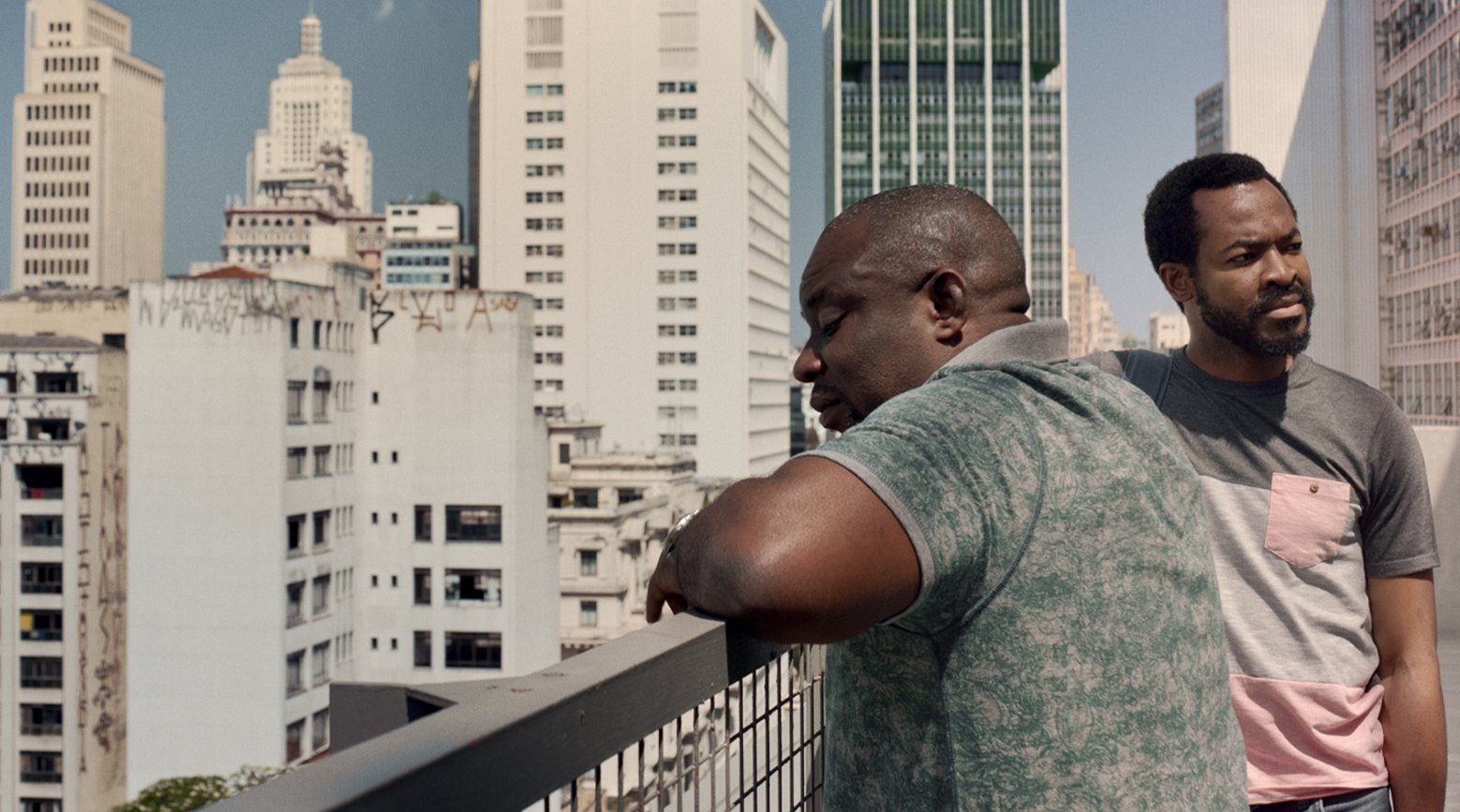 ”“Shine Your Eyes” is a multi-dimensional tale set in São Paulo, Brazil’s biggest city. It explores family ties, immigration, and cultural norms through the story of two brothers, Amedi (Chukwudi Iwuji)and Ikenna (O.C. Ukeje), from Nsukka, Nigeria. Starting as an elegant and meditative journey, the film quickly unfolds into a mystery movie, following musician Amadi’s journey to the city to search for his older brother, Ikenna, who has vanished after leaving Africa for South America, leaving behind very few traces. Amadi’s and Ikenna’s story becomes part of a more extensive portrait of the lives of African immigrants living in São Paulo. It’s a megalopolis of tense contradictions, both aggressive and favorable for the micro-communities forged at its heart, an aspect highlighted by director Matias Mariani’s ymphonic shots of the city. As the film grows more mysterious and opaque, it highlights Amadi’s concerns about the disappearance of his brother and demonstrates his journey towards reshaping his personal identity.”