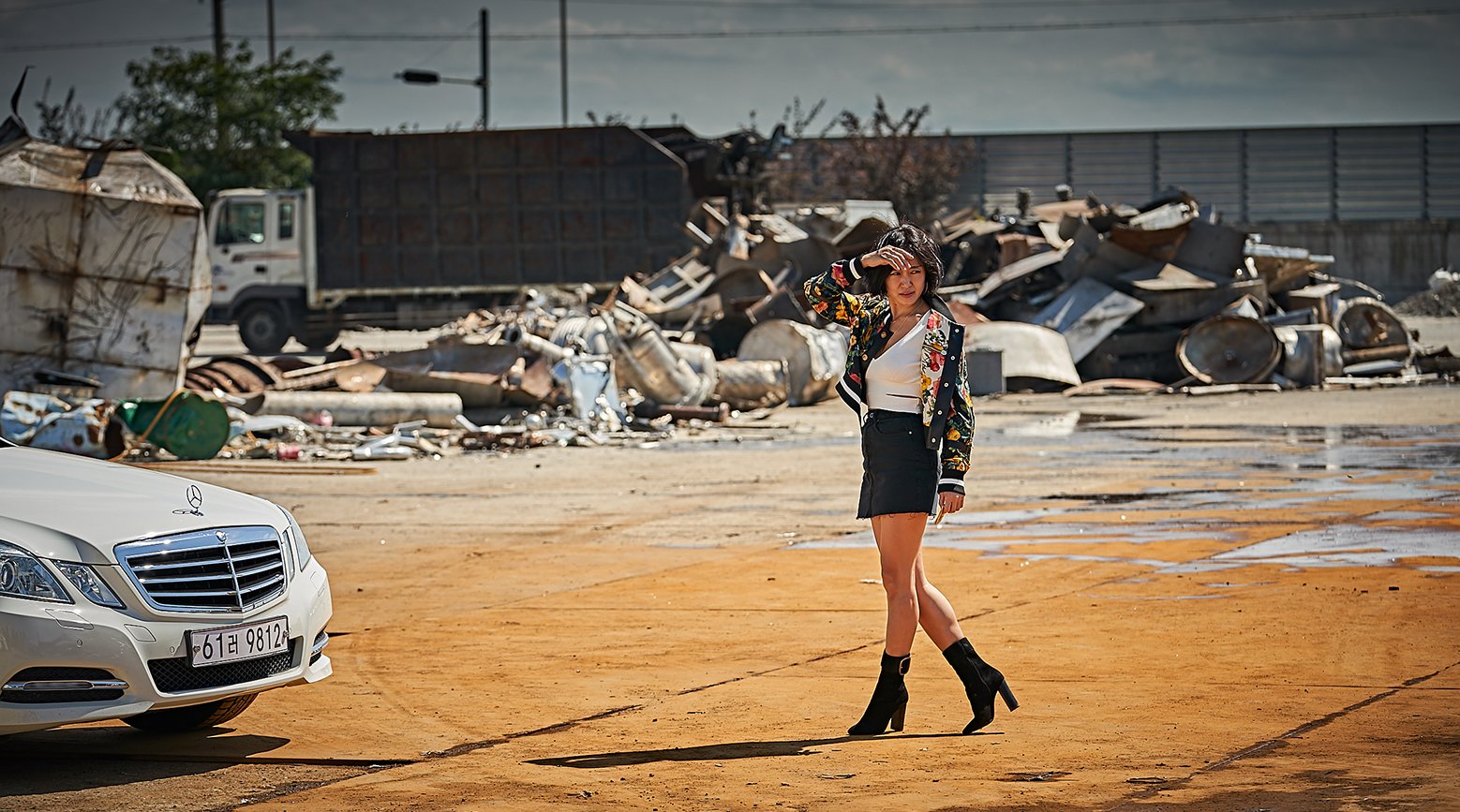 “Amid seductively ominous neon-lit alleyways and the claustrophobia of gloomy apartment blocks, something shady is going on. In the style of “Pulp Fiction,” debut director Kim Yonghoon assembles disparate puzzle pieces into a neo-noir crime farce about a cash-filled Louis Vuitton bag – the metaphorical baton in a hilariously grim relay race of cunning thievery and karmic doom. Across the bleak Korean port city of Pyongtaek, the strands are drawn inexorably together for a modern take on the seven deadly sins, personified by a motley crew of unflinching lowlifes on a lawless treasure hunt. Unconventionally, the star-studded cast of Korean acting darlings plays villainous adversaries in Kim’s ironic fable of retribution and salvation, adapted from a novel of the same name by Sone Keisuke. Beasts Clawing at Straws is a race to the bottom in a morally ambiguous world where virtues are sacrificed for temporary material gain.A timely reminder that angels and demons not only dwell among but also inside of us. The film arrives in Jeddah hot from its world premiere at International Film Festival Rotterdam, where it won the Special Jury Award.”