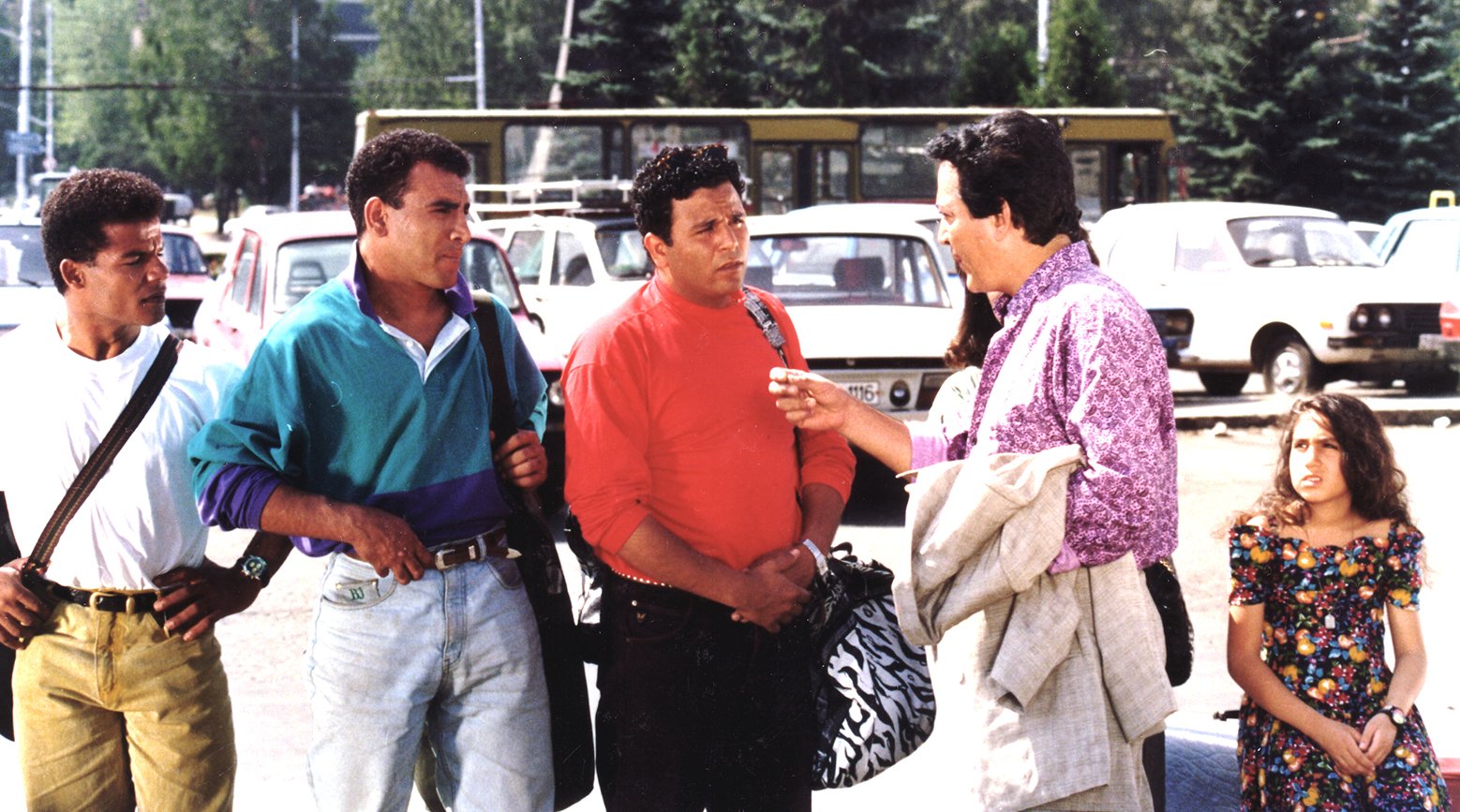 ”A look at the immigration problems that resulted from policies implemented after the October War – fought in 1973 between a coalition of Arab states and Israel. A group plans their emigration to the United States, with the help of a Professor, Gabir Fawaz (Sami El Adl). They must travel from the Romanian capital Bucharest, a temporary stop on their way. They soon discover that Gabir Fawaz is a con-man who has stolen their money, leaving them helpless on the Hungarian border. To survive the ordeal, they must learn to overcome their differences. The film is restored with the support of the Red Sea Film Festival Foundation.”