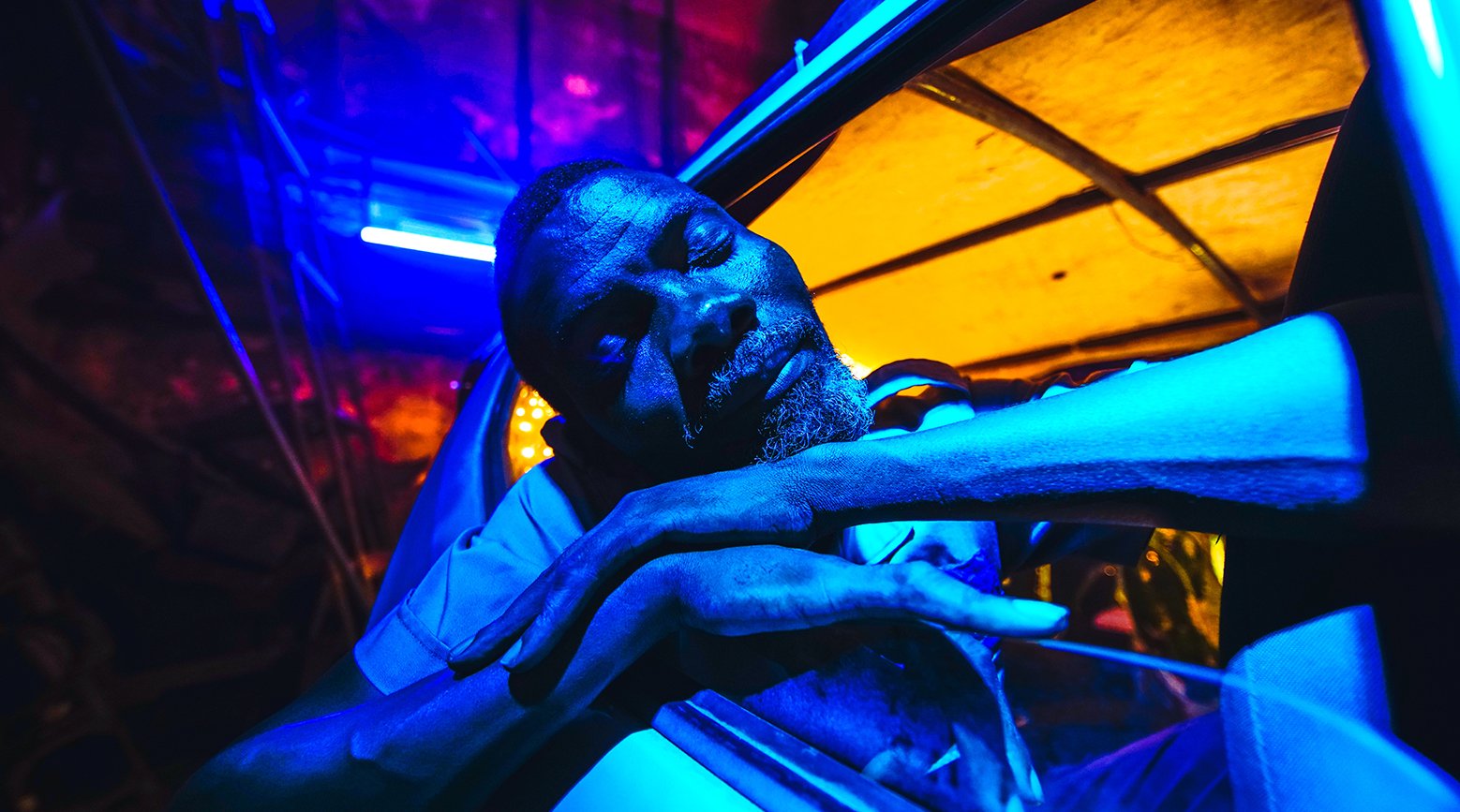 ”On the hazy, humid streets of Angola’s capital Luanda, air conditioning units are falling from the sky. In the rupture of this surreal plot detail, director Fradique’s first narrative feature details the lives of characters wandering amid vibrant ruins, their memories and cityscape marked by the wounds of civil war. Traversing streets and corridors, Matacedo embarks on a quest to recover the all- important AC unit of his boss. As if caught in the meandering logic of a dream, the city of Luanda is a character and a playground. What memories are held in these buildings? Are the characters encountered distractions, detours, or guides into intriguing new stories? Drawing deeply from music video aesthetics, the abundance of slow-motion shots are reminiscent of the intimate visual language of Wong Kar-Wai. The soundtrack from rising Angolan star Aline Frazão, at turns breezy, languid, or raucous, elevates the heat as it accompanies the fluid, hypnotic character-driven passage through a place of flux. The film was written, produced and shot entirely in Angola by collective Geração 80.”