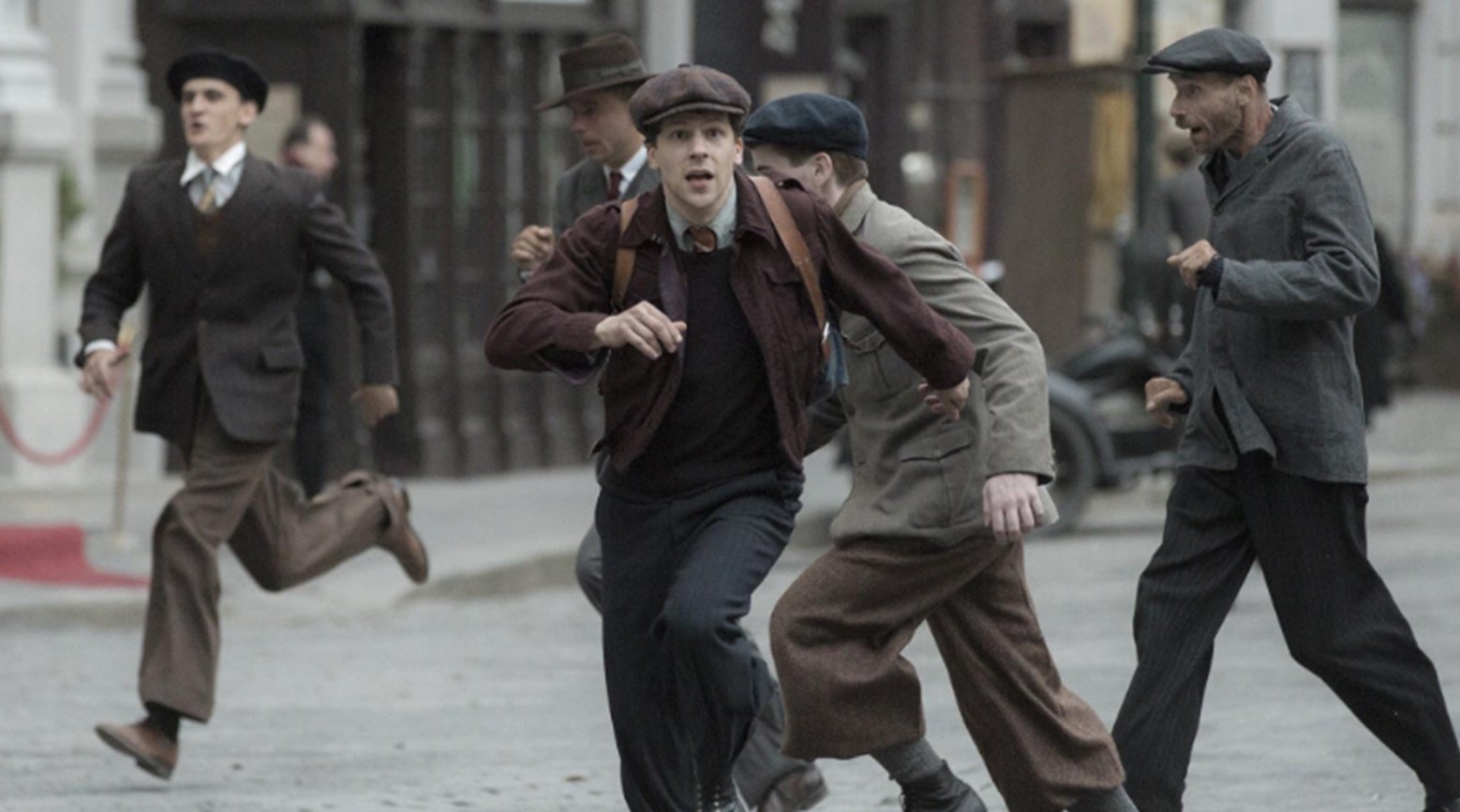 ”‘Chaplin, not Hitler’ is the refrain of an unexpected resistance, inspired by a spirit of imagination. The story of aFrench secret network which saved the orphaned children of Jewish families from the Nazis, and the legendary mime who was part of its ranks. Marcel Marceau (Jesse Eisenberg) is the iconic silent hero, who sustained children’s spirits through the art of mime, entertaining them to keep them quiet during the smuggled escapes to Switzerland  Encountering the worst horrors of World War II, French boy scouts aligned themselves with resistance fighters; their actions saved some ten thousand children. In a moment when religious and ethnic intolerance once again threatens the world, the film celebrates daily acts of bravery rooted in innocence, creativity, and love.”