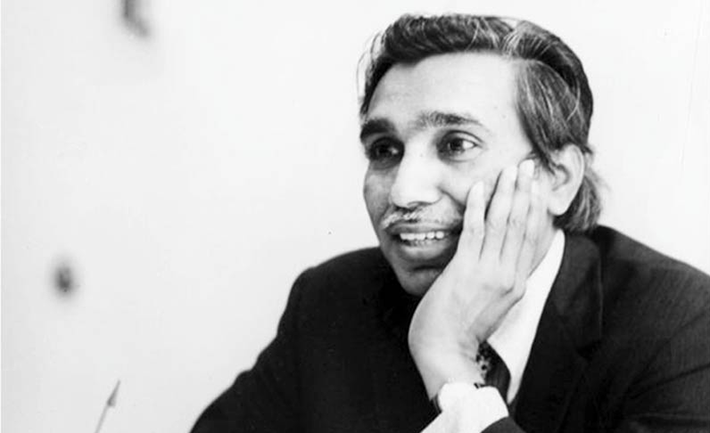 He is also referred to as “the Einstein of structural engineering.”

Born in what is now Bangladesh in 1929, Khan studied civil engineering first at the Bengal Engineering College Shibpur in India and then at Ahsanullah Engineering College in Dhaka. He earned a scholarship to the United States in 1952, where he studied at the University of Illinois in Chicago. It is in Chicago where Khan would go on to make some of his most iconic structures.

He started working in an architectural firm in Chicago at a time when the number of steel reinforcements required for keeping skyscrapers stable was seen as inefficient. It was then that he came up with his breakthrough ‘tube’ design. 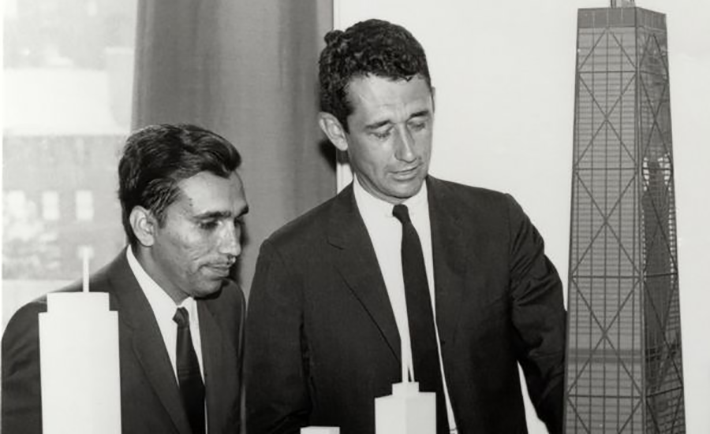 In this design, a building was not held up by central supports of steel, but rather by the exterior frame of the building. The frame is made by a series of vertical tubes that protects against high wind speeds and earthquakes and even allows for more space within the building itself.

He went on to design many buildings including the John Hancock Center in 1968, which was the 2nd tallest building in the world at that time.  Then came Chicago’s Sears Tower (now Willis Tower), designed by Khan that became the tallest in America standing at 442 meters. It remained the tallest until the One World Trade Center topped its height in 2014.

Khan then continued to work on many mega-projects that would see his fame grow and ultimately bring him to Saudi Arabia.

In the 70s, the number of pilgrims arriving for hajj kept increasing, hitting 500,000 by 1975.  To meet the growing seasonal demand, a hajj terminal was commissioned that would cater to these pilgrims.

The hajj terminal had Khan as its Chief Structural Engineer. He drew heavily from his experiences to help with the physical demands that pilgrims encounter, and the overall emotional fullness that is associated with the pilgrimage. 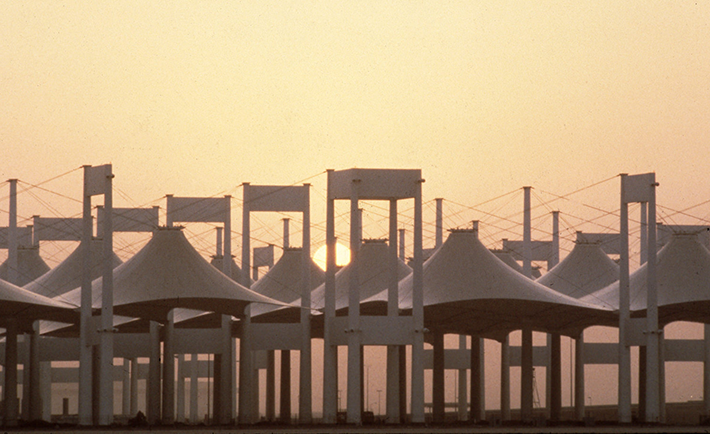 The final design of the terminal is of a tent-like roof structure that recreates the tent camp that pilgrims reside in during a good portion of the hajj. The terminal spread over an area of approximately 4.6 million square feet, making it the world’s largest shaded, cable-stayed, fabric-roofed structure at the time of its inauguration.

As the structure was made on an unprecedented scale, the tensile structure made use of newly developed fabric as a permanent structural element instead of the cable-supported in two directions technique that was the norm.

From 1977 to 1978, Khan also worked on the King Abdul Aziz University in Jeddah.

His structural designs for skyscrapers are still in use today. The Burj Khalifa in Dubai and the Petronas Towers in Kuala Lumpur draw upon his structural designs. Techniques pioneered by Khan enabled buildings to reach heights taller than ever before while increasing efficiency and safety, and reducing costs. This makes him one of the most influential architects and engineers in history.

Even Barack Obama in 2009 cited Khan as an example of Muslims’ contributions to America. He is after all the mastermind who made today’s skyscrapers possible.