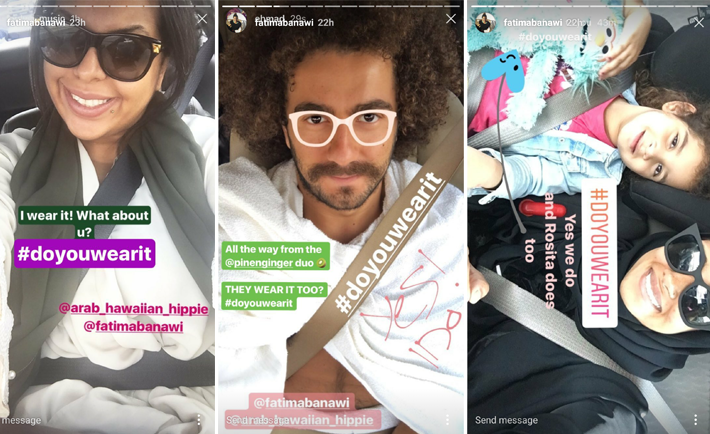 Fatima Al-Banawi, graduate of Effat University and the lead actress in the recent critically acclaimed film ‘’Barakah meets Barakah”, has started a campaign on Instagram with #DoYouWearIt. The campaign encourages people to wear their seat belts.

We spoke to her about her initiative and the driving force behind it.

Tell me a little about the campaign #DoYouWearIt?
#DoYouWearIt is a documentation of people wearing their seat belt; an invitation to a new healthy habit, and a collective call for immediate action: Just wear it.

The background story:
I was in Florence two months ago, and I was seated in the back seat and I wanted to remove my seat belt jacket so I unbuckled my seatbelt, and it immediately starting beeping. I was surprised because that never happens in cars while I’m in Jeddah. I also noticed, when I used some of the “on demand shared car services” in Jeddah that the drivers often covered the chairs with fabric that mistakenly covered the buckle for the belt. The drivers would often laugh when I asked them, “Well, thanks for the brand new seat cover but, how can I buckle my seatbelt now?!” 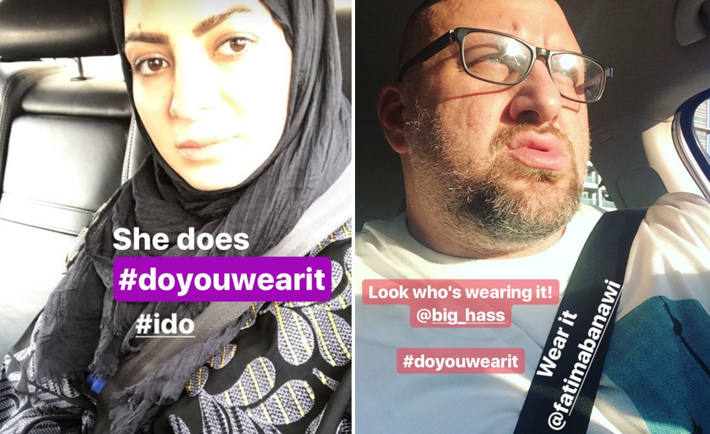 What inspired you to start this? Is it a solo or collaborative effort?
I rarely wore the seat belt, but in order to encourage myself to do so, I began sharing a boomerang or a photo on my Instagram Story of me wearing it. It was just a new habit and I wanted to invite people to join, but certainly no campaign was on my mind. Suddenly dozens of images were sent to my Instagram account with photos of people wearing their seatbelt. It felt great! A friend and yoga instructor, Hanan Faiz expressed her immediate interest and shared with me a series of presentations she had worked on for safe driving. We both embarked on this together and continued re-posting images of people wearing their seat belts.

Positive Potential Outcome of #DoYouWearIt:
Through #DoYouWearIt, I want those who don’t wear seatbelts, or who forget to, to just remember this collective virtual voice and wear it.

What’s your message for everyone?
You gotta be the example for change, and if no one sees it, take a photo of it and share it. When we make our campaigns participatory based and engaging, we can then normalize our messages, turn them into habits, and enhance our lifestyles.