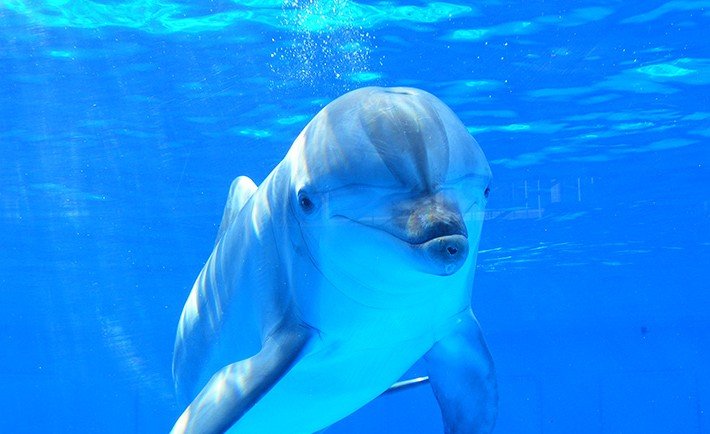 Muscat is a fascinating mix of history, culture and natural beauty. Enclosed by a vast sea on one side and mountains on the other, Muscat is best viewed from the sea.

After 2 days of roaming in and around Muscat, exploring its vibrant markets, stunning historical structures and white sand beaches, our host/cousin had something special planned for us on our 3rd and final day in the city. 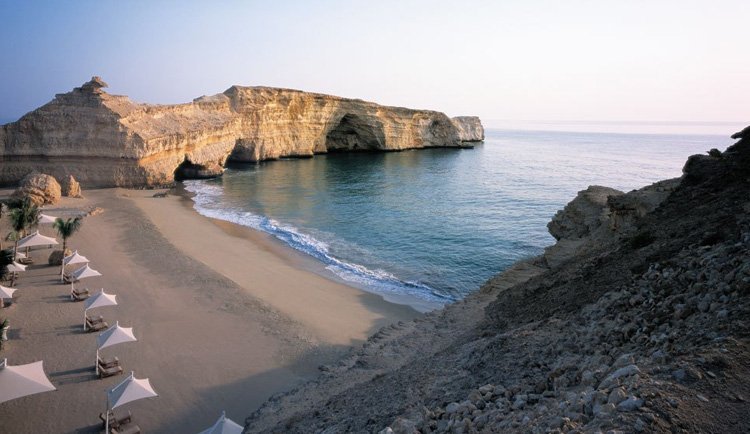 Dolphin spotting is a common pastime for tourists to be engaged in while in Oman; Muscat and Musandam being hotspots for this activity. We booked our trip to go dolphin spotting a day before. It was around 8 AM in the morning when we reached the marina; our motorboat was waiting for us – we were a bit late. The marina had many boats like ours; different tour operators had various trips planned at different times of the day.

The boat had a capacity of about 20 people and most of the seats were full. The boat started sailing and soon after started going at bizarrely high speeds, it kept crashing and bouncing over the roaring current coming from the opposite direction. It felt as if we were on a ride in an amusement park. 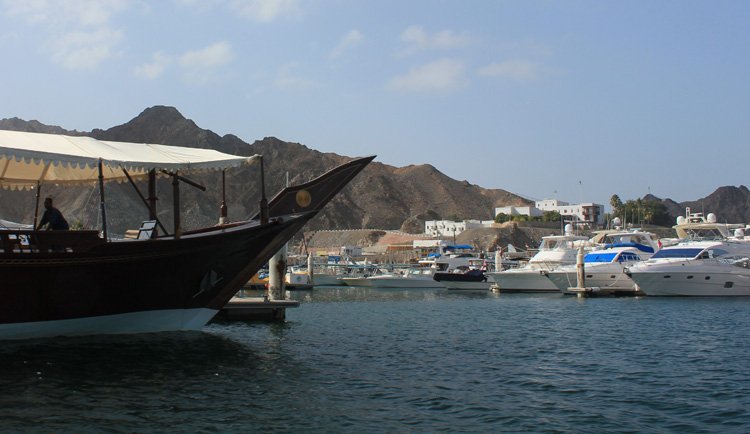 There was cloud cover during the day, so the weather was pleasant – unusual for a hot Arabian summer. After about half an hour of heading deep into the sea we finally came across a school of dolphins. The captain of the boat switched the ignition off and we made our way to the deck in front to have a better view of the dolphins. However, the boat was rocking continuously with each wave that passed us, making it difficult to stand. One of the tourists fell on the floor and wasn’t able to stand as the boat kept rocking – all on board had something to laugh about.

The dolphins were cresting lazily out of the dark blue sea. I have always heard that dolphins are friendly animals and I realized that seeing them constantly leap out of water almost in sync – they didn’t seem to mind our presence. 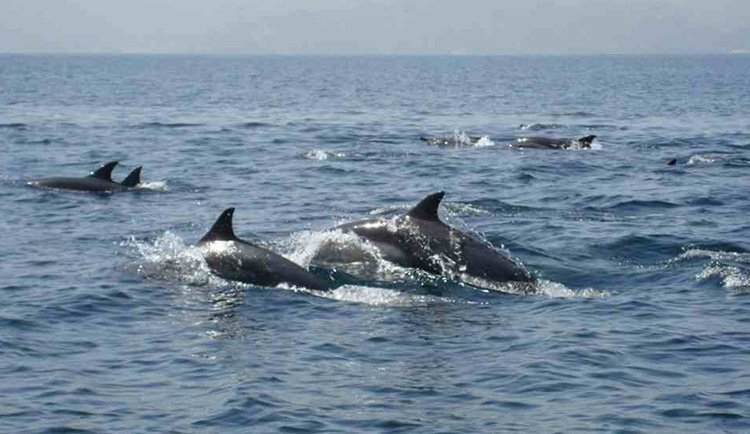 There were other schools of dolphins nearby and our captain kept following them as dolphins don’t seem to stay in one place for long. The waters around Muscat are said to hold 11 different species of Dolphin, we came across only 1 type. We chased the dolphins for around half an hour more and then began to make our way back to Muscat. I later found out that our trip was not to be over yet.

The dolphin watching trip also included a trip of sightseeing Muscat by sea. Muscat is one of the oldest cities in Arabia, dating back to 200 years. Its history has been shaped by the various rulers that ruled the city such as the Persians, Portuguese and Ottomans.

A view of Muscat from the sea is spectacular, the waves slowly caressing its shoreline, grand historic structures facing the sea and rugged mountains intertwined between them all. 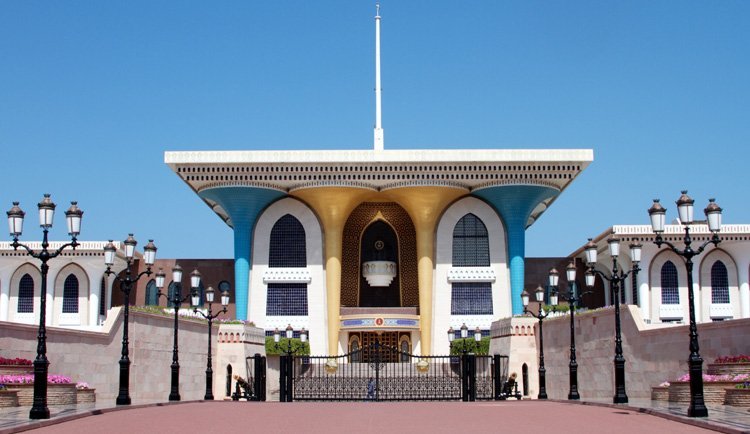 We went past the imposing Al Alam Palace, which is the office of Sultan Qaboos, the ruler of Oman. Its façade of golden and turquoise created a striking contrast to the cloudy sky above. The 400+ year old Al Jalali and Al Mirani forts overlook the palace that display the grand historic side of the city as well. The forts are perhaps the first thing that traders coming from the sea notice. Our boat was then reared towards a rugged island that seemed to be protruding out of the sea. Nearby it was the Sa’Ali Cove that as another attraction that can be only by seen via the sea as on all around it are craggy mountains. 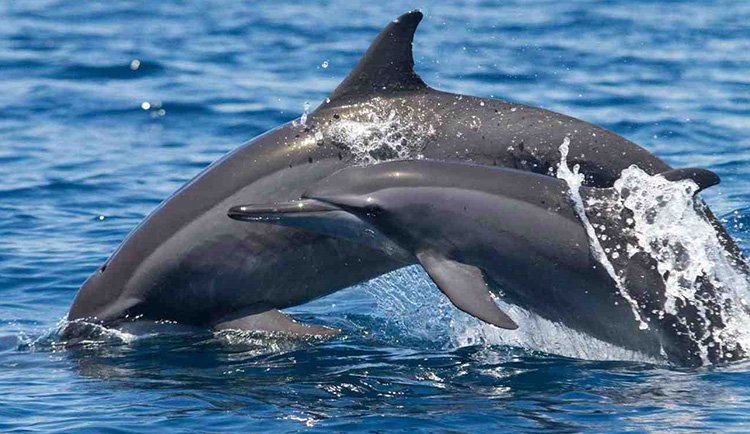 Overall a dolphin watching trip is a must for those who are planning to visit Oman. It is a completely different experience seeing them live in their natural habitat rather than bounded in aquariums. A plus of the dolphin watching trip is the chance to view the city via the sea. It is through the sea where Muscat looks best from as if it were a painting drawn by a European artist of the past on his impression of a rich Arabian coastal city.