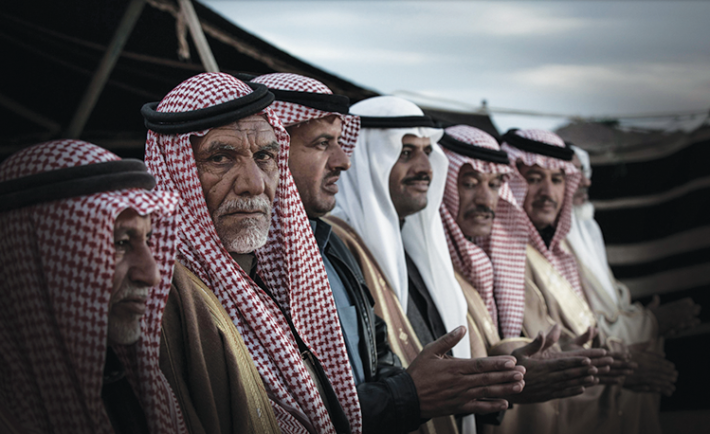 A colorful and enchanting heritage.

Saudi folklore arts (known as alfunun-alsha’beyah) are diverse and are greatly influenced by a combination of Beduin practices, Islamic beliefs, and other cultures making their mark through trade. They vary by region and city where individual traditions are called lawn, meaning color in Arabic. Most arts include the chanting of poetry by a leader along with group dancing to a rhythm set by clapping, percussion, wind, or string instruments. Daggers, swords, and long guns are often seen worn or handled by performers as many of these dances were once war dances. Today, these arts can be witnessed during weddings, cultural heritage festivals, and in celebration of major events. Without further ado, we leave you with a list of some intriguing Saudi folk arts:

Region: Northern
City where it’s most famous: Tabouk
History: Used to be a battle dance aimed at intimidating the opponent by giving a false impression that there is a larger number of warriors than there actually is. Also, used to be performed in celebration of victory or to heighten warrior’s spirits.
How it’s performed: One or two rows of opposing men sing echoing roaring sounds, or less commonly poetry verses after a leader who is usually in the center of one of the rows. Synchronised claps set the beat and the tempo starts slow then accelerates and becomes louder. A “Hashy” is a person who stands in between the rows of men swinging his coat called “Mishlah” or sword to further excite the performers and add to the energy. 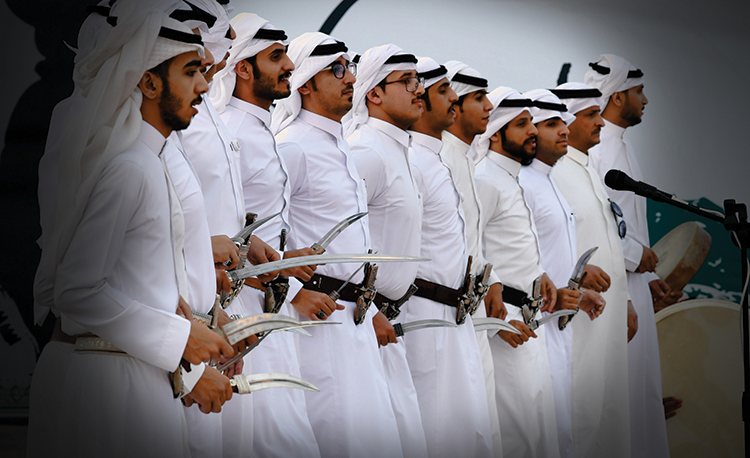 Region: Western (Hijaz)
City where it’s most famous: Taif
How it’s performed: A highly skilled and trained performer(s) holds “Al Muqama”, a kind of long gun filled with locally made blank ammunition. He aims it to the ground and fires under his feet as he jumps in midair. Performers in the background recite poems with lyrics that instill pride.
Modern Day Dance Performers’ Instagram: 7iuoma

Al Khatwa (AKA The Step)

Region: Southern
City where it is most famous: Assir
How it’s performed: A row, or two opposing rows of men step to the rhythm of drums. The arrangement of steps varies but is usually close to the following formation: right step forward, then left step forward, left step backward, then right step backward with bending of the knees as if stomping the ground in harmony with the beat.
Main Instruments: “Al Zalfa”, a type of frame drum, and “ Al Zir”, a type of kettledrum.
Modern Day Dance Performers’ Instagram: maalievent 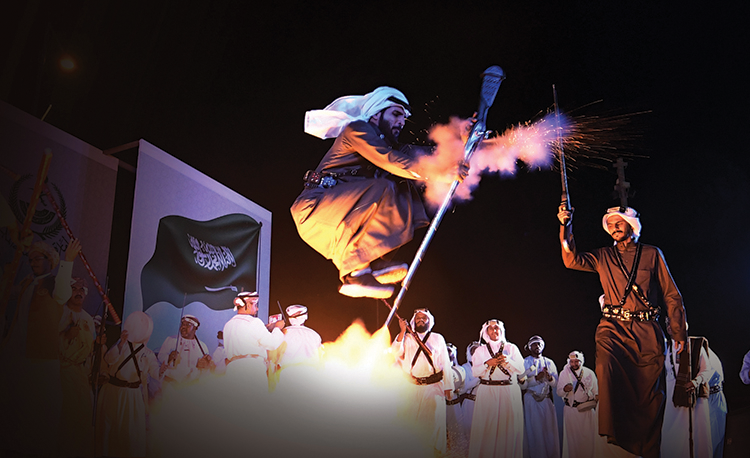 Region: Eastern
History: Originally an African dance that saw its way into the arabian peninsula through Oman. There has been no consensus as to what the word means. Some say it has been created specifically to describe the associated dance, others say it means an invitation to drink.
How it is performed: Performers step sideways and forward in a counterclock manner, encircling a band that consists of drummers and a main Surnay player called “Al Fondi” while chanting cultural songs.
Main Instrument: Surnay, also known as “mizmar” or lettish horn.
Modern Day Dance Performers’ Instagram: alrayahteam 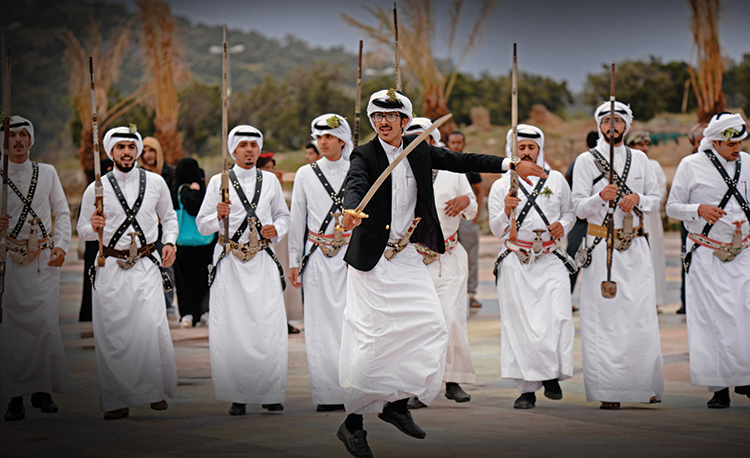 The Ministry of Culture organized a national folklore competition to revive these arts and preserve heritage. The aim is the documentation of these treasures through video or audio clips in terms of music, dance, or folktales and legends. Registration ends on the 25th of November 2019. For more details, check out their website: engage.moc.gov.sa