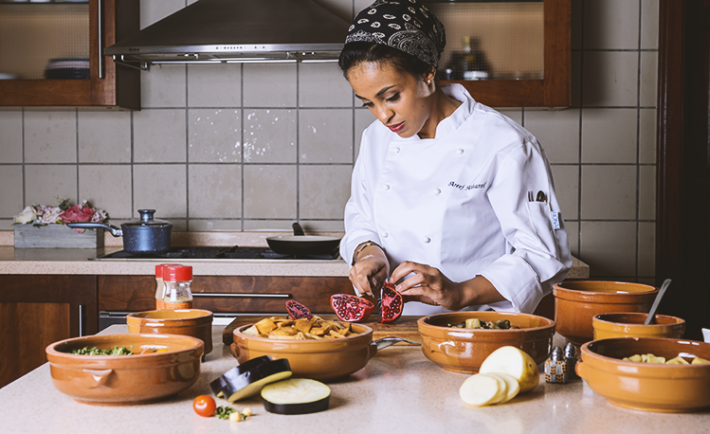 Top Chef season 3 participant Chef Areej surprisingly never fancied cooking until the age of 17. She used to bribe her way out of cooking chores in the household where she grew up. To get away with it though, she had to remain in the kitchen during meal preps to convince her family that she was the one actually doing all the cooking for the day. Curiosity inevitably stemmed from her periods of observation, and at some point decided to just go ahead and try cooking. With some encouragement from her parents, she ended up finding her true passion in life, quitting her day job to pursue being a chef full-time. She aspires to one day open a culinary school in Jeddah in support of Saudi talents who are interested in creating a name for themselves in the culinary world. 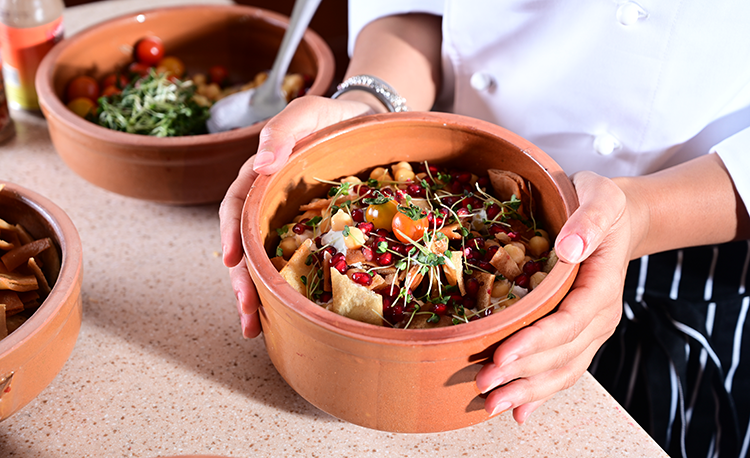 Here is Chef Areej’s fulfilling Aubergine Fattah dish that can be put together quickly in 30 minutes. It comes in handy when your day has been long and you find yourself running out of time to make Iftar/suhoor.

– Fry the Arabic bread, potato, and aubergine cubes till they become golden in color.

– In a separate frying pan, add olive oil, onion and garlic cloves till they wilt and become caramelized. Next add in the tomatoes, tomato paste, and the above-mentioned spices to complete the red sauce. Stir until the mixture becomes homogeneous.
In a bowl, mix all the ingredients mentioned above for the yoghurt sauce and set it aside.

– Put everything layered together in a clay pot for serving. From bottom to top, start with a layer of red sauce, then add a layer of potatoes, followed by a layer of aubergines, and conclude with a layer of Arabic bread covered in yoghurt sauce. Repeat the process as many times as necessary. 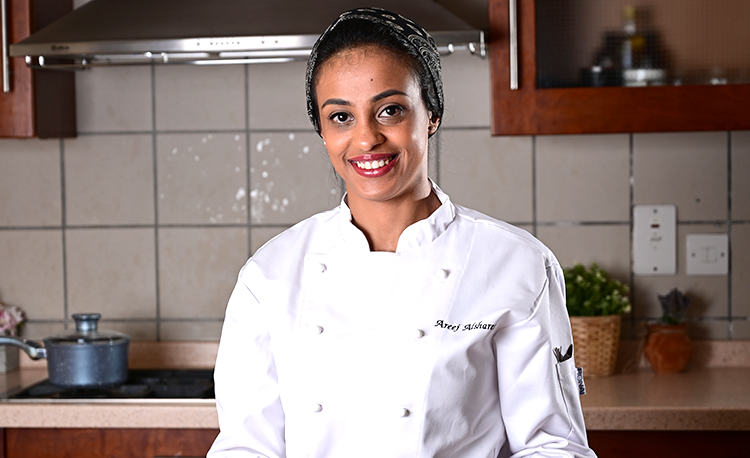