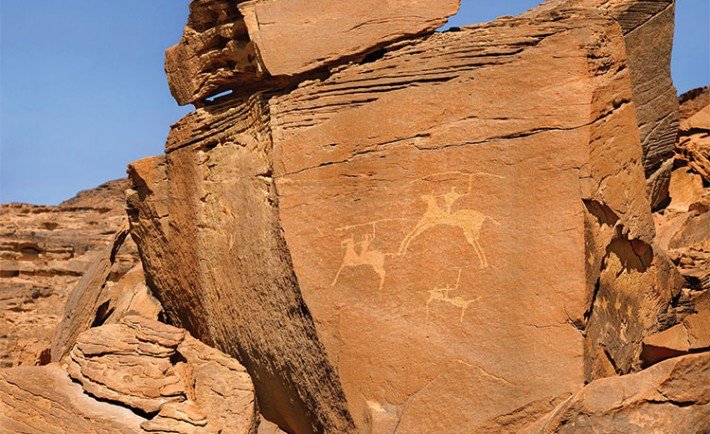 Home to some of the finest ancient rock art in the country.

Saudi Arabian rock art has been garnering much interest from international experts over the last few decades, mostly due to the increasing awareness of rich rock art sites that lie scattered around the country. One such site, Bir Hima, lies in the southwestern part of the country that captures life during ancient Arabia beautifully.

Bir Hima sits 30 kms from the city of Najran and is dotted with ancient wells. Rock art depicting battle scenes, animals, food, oversized human figures and the general lifestyle of the ancient times adorn its walls and rock faces. The rock art remains largely unaltered except for erosion and minimal modern graffiti. 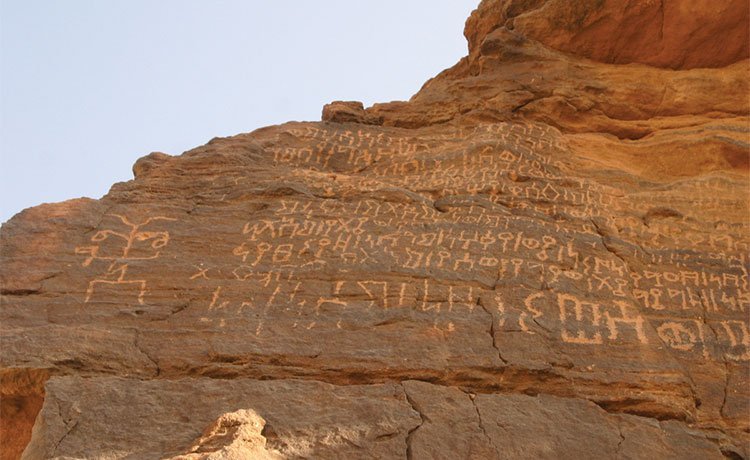 The number of battle scenes at Bir Hima, run into the hundreds. They mostly depict the cavalry and infantry charging, carrying with them swords or spears. A few even display armored horses, which was uncommon in ancient Arabian battles.

Being a source of water, the site was critical for caravans travelling on the ancient Arabian trade route passing from the north to the south of the peninsula and vice versa. As the caravan routes changed, the site was deserted much like what happened to the ancient city of Ukhdood that lies close to it.

Bir Hima is also significant due to the ancient writings written in the Musnad script and the number of remarkable stone structures and tombs that are found in the area.