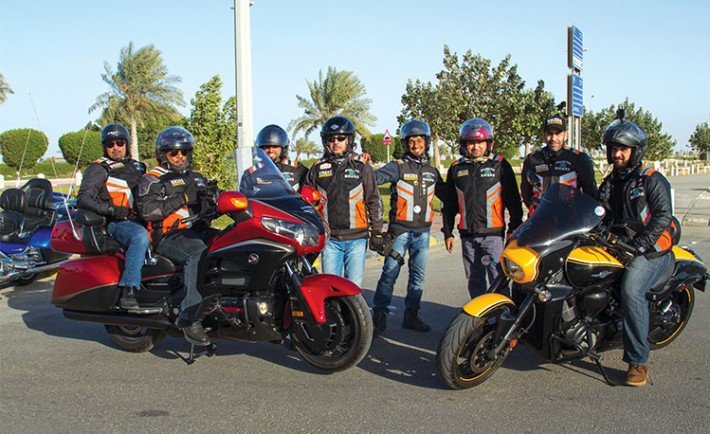 One man’s vision to enact social change through biking.

Founded in April 2012, Adnan Alkendi started Sharqiyah Bikers as a social initiative to take on youths from the streets and change the stigma that is usually associated with bikers. By the beginning of 2013 it became a part of the Saudi Arabia Motor Federation.

The group has around 80 registered members and it’s always seeking to grow. Anyone with a valid license can join, but they have to have a referral from a current member. New members will then pledge to follow the country’s road rules, regulations and public order. The membership costs SR 300 and is valid for one year; it includes a kit that has a polo shirt with the group’s logo on it, a sticker, a drop leg bag and a cap. All members are invited to attend the annual ceremony where they would be handed certificates. 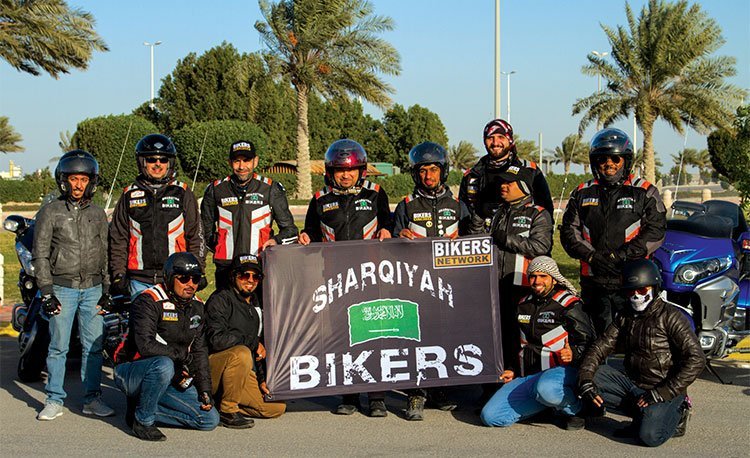 It is considered a social group more than a biker’s club since its members have actively participate in many charitable events in Sharqiya. Every Ramadan the group has been volunteering to hand out Iftar meals at traffic lights. They also joined in a Eid ceremony for senior citizens at the Prince Sultan Rehabilitation Complex in Dammam, participated in the Arab Orphan Day, Traffic Safety Week, as well as the International Day of Persons with Disabilities.

The group is seeking to promote that motorcycles are not dangerous, as long as all the safety precautions are followed. Alkendi stresses that “Safety First” is their key value. 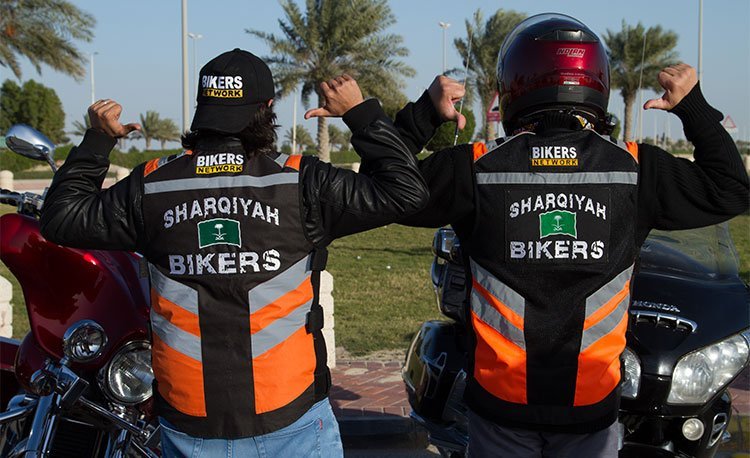 One of their most recent regional activities was a first of its kind 7-day 4,500 kilometer rally across the Gulf countries. The trip started in Kuwait, passed through Bahrain, Saudi, Qatar and ended in Oman, which coincided with celebrations of the Omani National Day. Alkendi was ecstatic with how things went, saying that it was a huge success and that members of other groups in every location joined them on the trip.