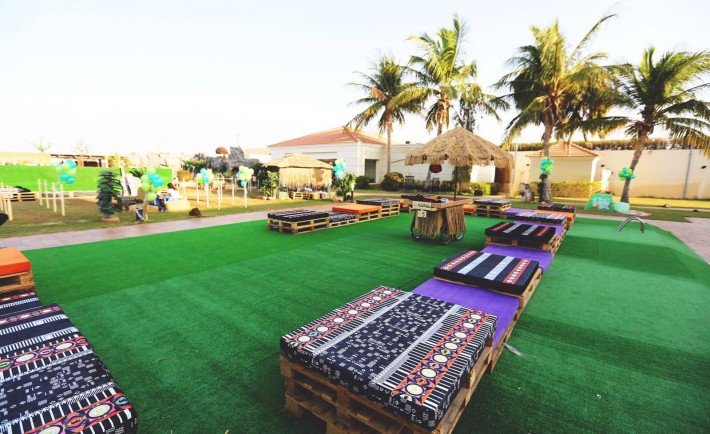 Aytamuna is an annual festival hosted by The Taif Orphanage and a few other local charities. Founder of Aytamona is Hanan Alnowaiser who is also the president of Aytam Altaif Orphanage Organization.

Children’s activities are held over an expanse of land. This year broke all of the previous events’ records in terms of location as well as the participating local initiatives. Media played a big role in reaching even a wider audience this year. A lot of major initiatives helped out in any way they could to make this event a success. One thing that set this event apart from all past Aytamona fairs was that the International Diabetes Care Center provided free blood sugar tests along with machines to the participants. Medd Cafe, was also a participant, providing everyone with artisan coffee. This is the biggest kids’ fair in the kingdom to date.

Mawakib Al Ajr, the second-hand charity shop in Jeddah, was a huge sponsor. The organization also falls under the umbrella of Aytam Altaif Orphanage Organization.

We found the fair equally enjoyable for adults along with kids. The pleasant weather contributed to the overall great vibe. Many of the volunteers were students who had set up stalls and stations; they mentioned how they enjoyed taking part in the fair every year. This year, the space was divided into various entertainment segments.

Songs and tracks from The Lion King and other jungle tunes led the way towards a jungle gym, an obstacle course, wall painting and many other games. 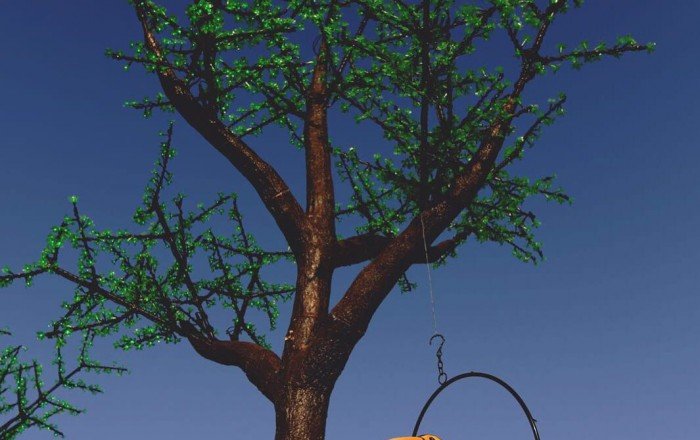 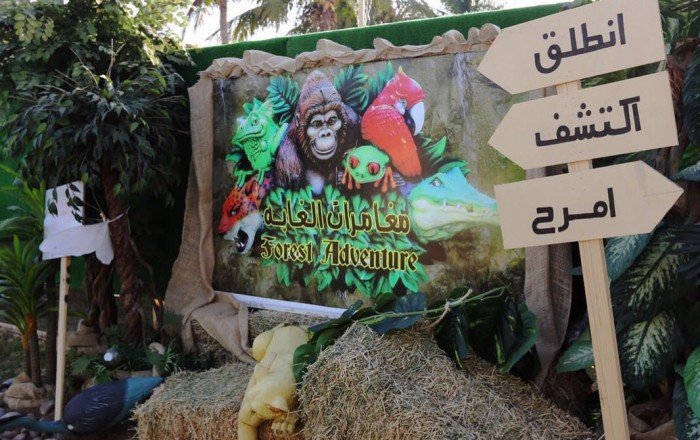 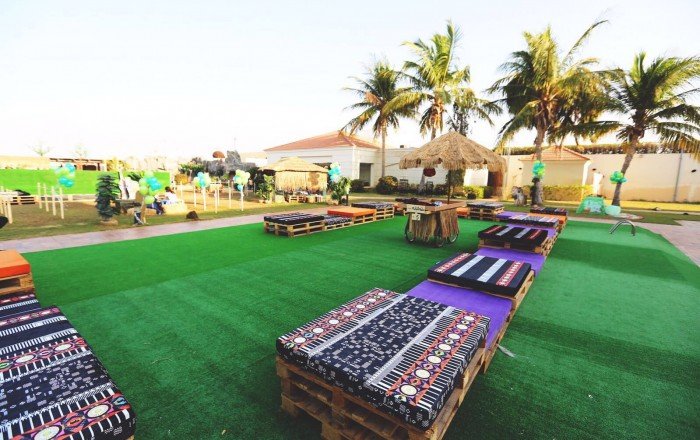 Kids were encouraged to collect healthy food during one of the games. The entire section was set up with different sea activities; a pool with rowing boats, fishing games, a sand pit with a beach theme. 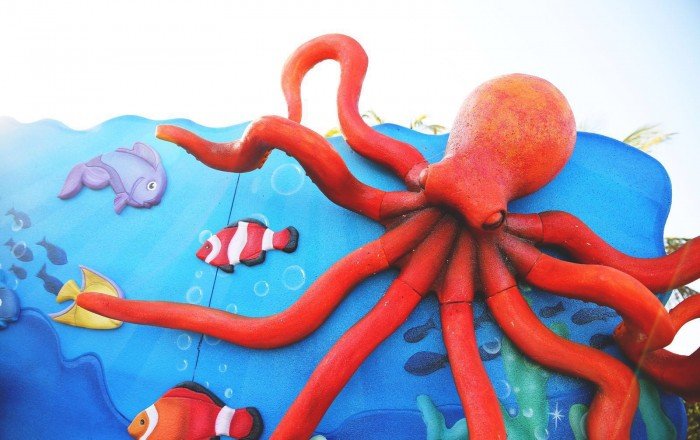 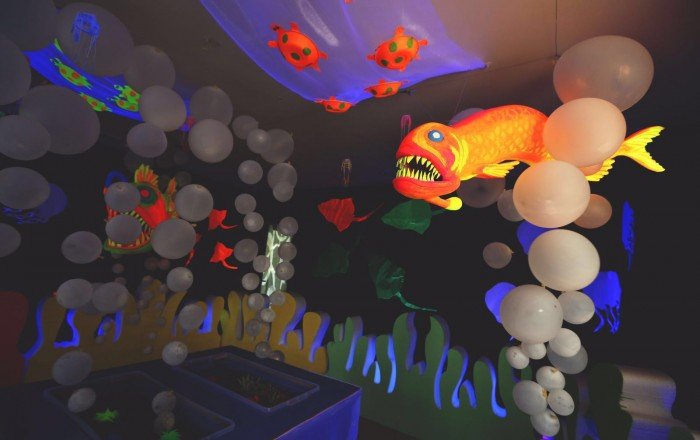 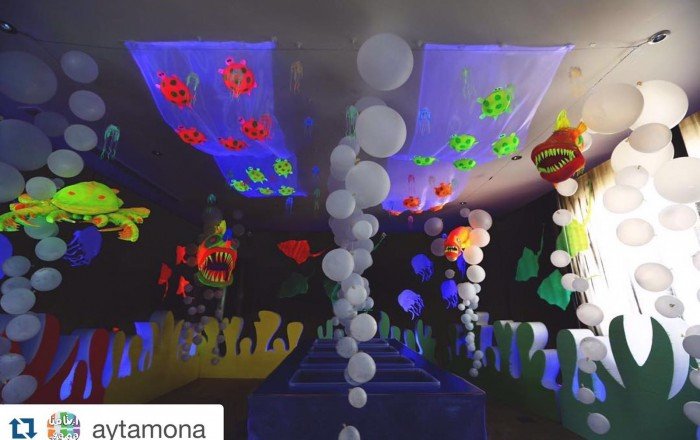 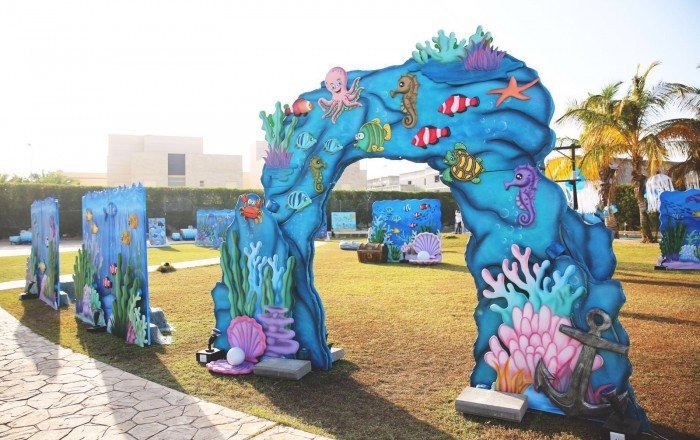 The main ground area was dedicated to kids’ crafts and activities which included upcycling collages, mixed media art, making magnets and perfumed creams along with many other creations.

Young film enthusiasts were also encouraged to create their own stop-motion animation creations through @aytamona_films.

Kids were enthusiastic about planting their own flowers and taking them along with them.

Then there were bouncy castles and slides for kids, supervised by volunteers at all times. 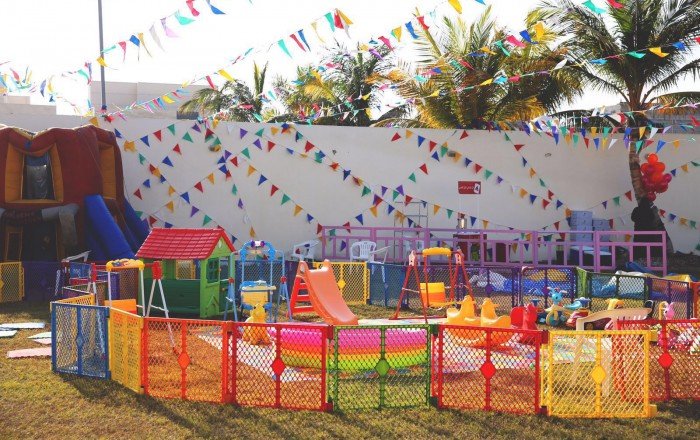 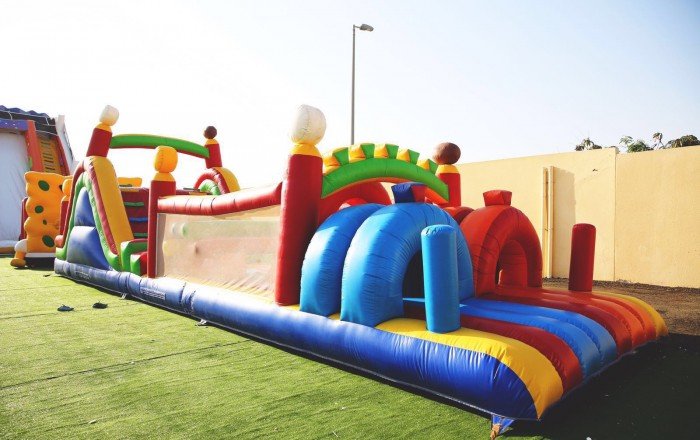 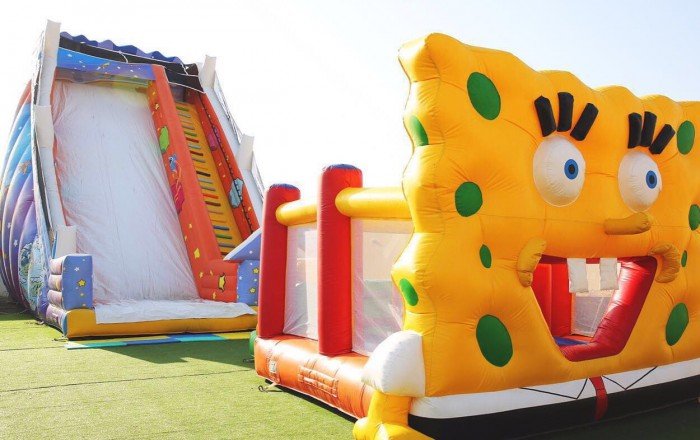 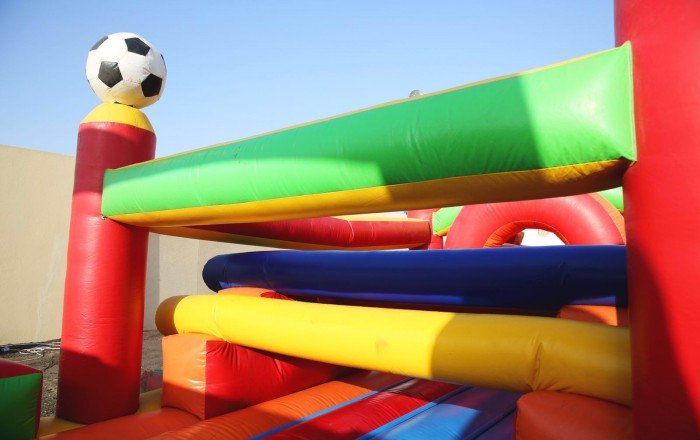 Guest children and orphans all played together.