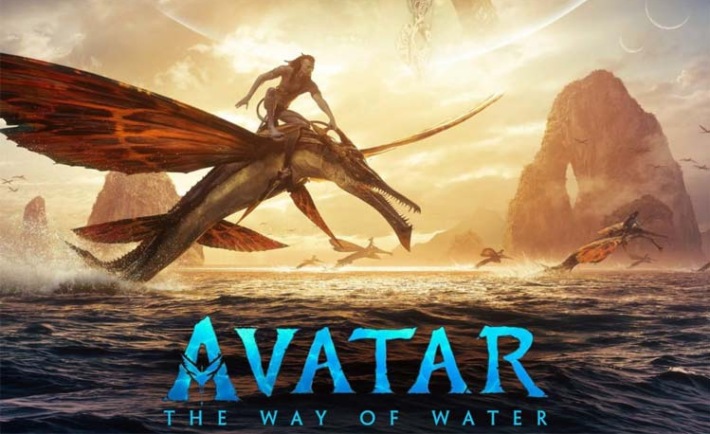 James Cameron, the king of fantasy, directed the much-anticipated sequel.

Incredible CGI brings to life a heartfelt narrative with relevant themes like love, family, fatherhood, colonial aggression, and ecocide. The movie was almost three and a half hours long, but we didn’t want to miss a second of it.

Following a 13-year hiatus, the extremely pricey aquatic masterpiece has returned with a mellower, bluer version of the film and a more touching tale starring Jake Sully as someone who does not give up on his family and the people. An avatar Na’vi version of Colonel Miles Quaritch (Stephen Lang), who seems to be on a mindless revenge rampage, is the enemy this time around. However, the narrative and the adversary’s motivations start to feel too similar, especially after Cameron openly reenacts specific classic sequences from Titanic.

The Way of Water avoids falling into the trap of weaker sequels by introducing intriguing new (Pandora) civilizations and exceptional qualities that almost only James Cameron could dish up unerringly. The movie concludes with a thought-provoking call to end the violence against indigenous people and the theft of their land.

Get your tickets for Avatar: the way of water from Vox Cinemas or Muvi Cinema.