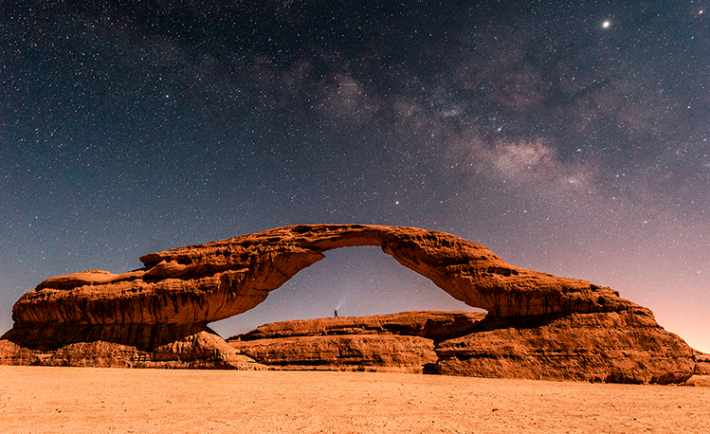 AlUla, Saudi Arabia, 13 October 2019: Winter at Tantora, the international festival celebrating art, music, culture and history, set amidst the timeless landscape of AlUla, will welcome back Tuscan tenor, Andrea Bocelli, who will make his second appearance at the festival on January 31st. The announcement comes as the much-anticipated international festival opened sales on experiencealula.com. 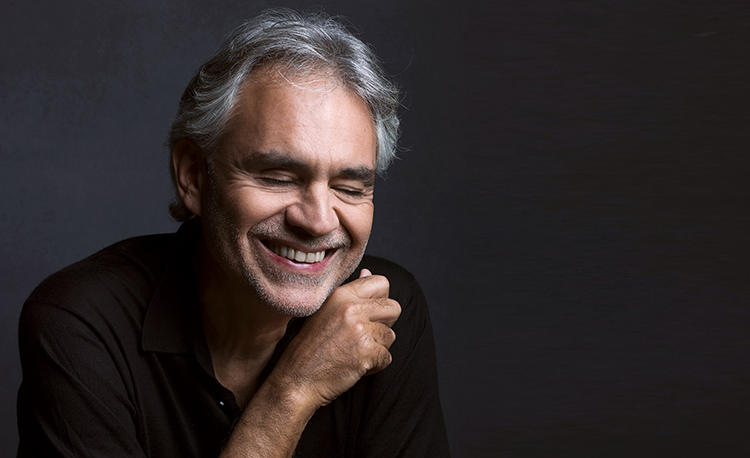 All performances will take place in the Maraya Concert Hall, a state-of-the-art 500-seat facility with a mirrored facade, which emerges like a mirage in the ancient rocky landscape. The venue will host the headline performers as well as the Celebration of Beethoven (January 4th – 6th), an homage to the great German composer on the 250th anniversary of his birth and the multi-media theatrical production Jameel Buthainah (February 14th), a caracella dance inspired by the glory and history of AlUla.

The festival, which runs from December 19th until March 7th, will be one of the first times visitors will get to experience and explore AlUla and learn about its 200,000 years of history, ahead of its public opening in October 2020. Tickets are currently available for purchase on book.experiencealula.com. Globetrotters, arts and culture aficionados, music fans as well as adventure lovers can purchase tickets to individual headline performances or indulge in an experiential itinerary spanning a day or a weekend.

The weekend and one-day itineraries on offer will feature three packages – Gold, Platinum and Diamond – for different budgets, covering accommodation, transport, cultural and adventure excursions as well as attendance at the headline performances. Weekend guests can also bolt-on themed experiences in line with their interests, such as AlUla from Above (adventure), Authentic AlUla (culture) and Gastronomy (cuisine).

Home to Saudi Arabia’s first UNESCO World Heritage Site, Hegra, AlUla is a place of pristine and unexplored beauty. With 200,000 years of history ensconced in its vast landscape, the region is expected to emerge as one of Saudi Arabia’s key tourist attractions, following the announcement of the Saudi Arabian Tourist Visa in September. The recently announced programme allows travellers to obtain one-year, multiple-entry visas to spend up to 90 days in the country. Visitors from 49 countries and regions will be able to apply for the visa online (visitsaudi.com) or on arrival into Saudi Arabia through electronic kiosks or at immigration counters. Other visitors will be able to apply for the visas at the Saudi consulate in their home country. Saudi Arabia intends to extend the e-Visa scheme to other markets as further developments are made to the Kingdom’s tourism infrastructure.

“As a stop along the Incense Route, AlUla was once a part of the great corridor between the East and the West. It was a port of trade and a gateway between cultures, enabling dialogue and diversity. With the Winter at Tantora Festival, we are celebrating AlUla’s historic role in this region as well as its long tradition of bringing together varied voices and ideas,” said Amr Al-Madani, Chief Executive Officer, The Royal Commission for AlUla.

The Winter at Tantora festival will take place from December 19th, 2019 – March 7th, 2020 in AlUla, Saudi Arabia. Details about the festival, its line-up and exceptional surroundings can be found at experiencealula.com with tickets on sale now. To stay up to date, please follow @WinteratTantora on Instagram, Facebook and Twitter.