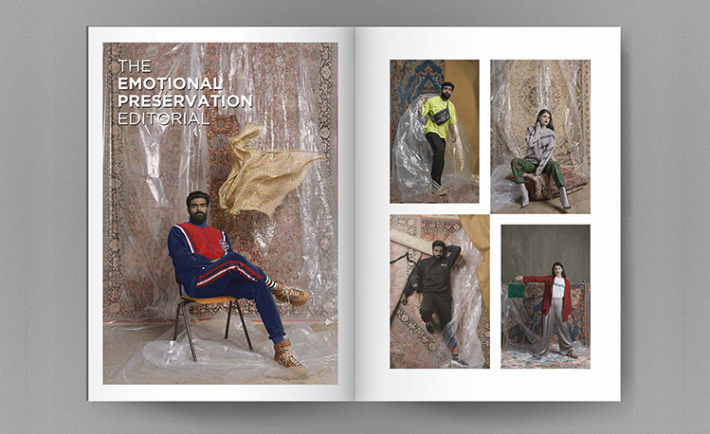 Rubaiyat is excited to share the latest visuals in collaboration with the artist Ali Chaaban and the talented photographer Rayan Nawawi.

The photographs explore the ways in which we preserve Saudi culture, old-school traditions, and our deep-rooted local identity. Due to our emotional attachment to our heritage, tension is created between old and new, as we are embracing new trends and challenging both stereotypes and perceptions of our culture. Check @RubaiyatFashion for more. 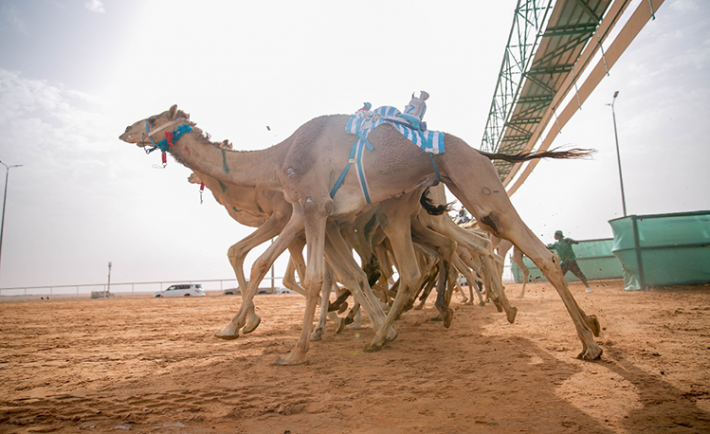 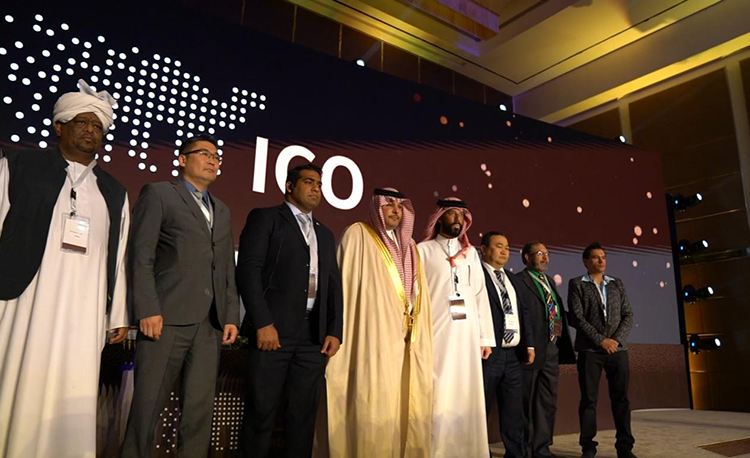 RIYADH, Saudi Arabia, 23 March 2019 – Princess Jamila bint Abdulmajeed bin Saud bin Abdulaziz will be the first female camel owner to see one of her camels compete in the final camel race of Saudi Arabia’s King Abdulaziz Camel Festival on Saturday, entering the history books as the first woman to do so. 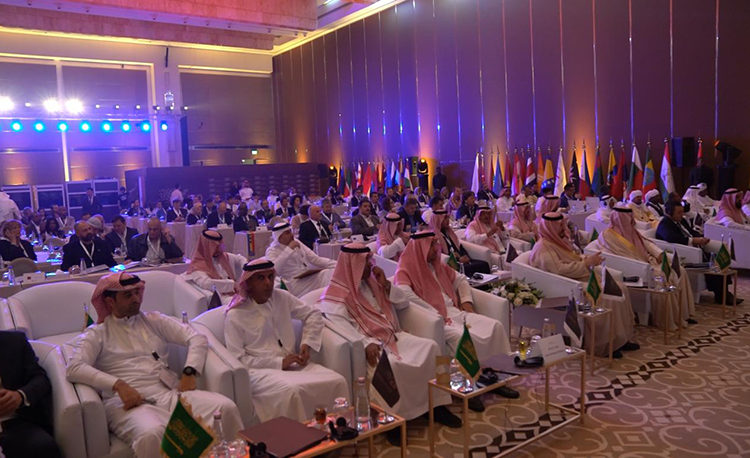 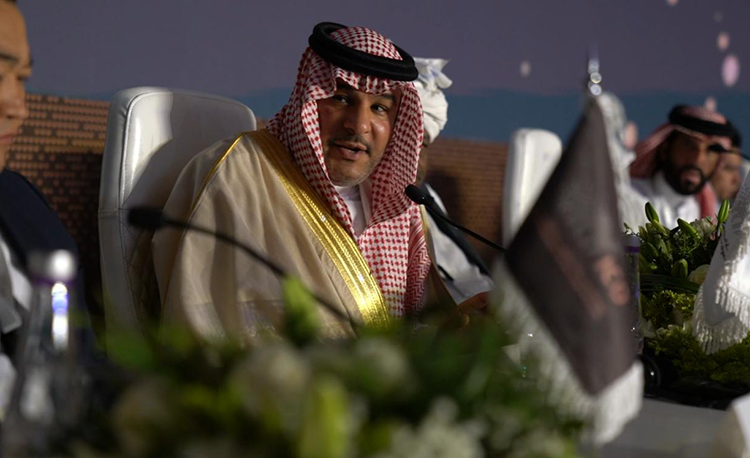 Prizes for pageant winners alone amounted to SAR88 million and millions more will be up for grabs as the camel races come to a close on Saturday. 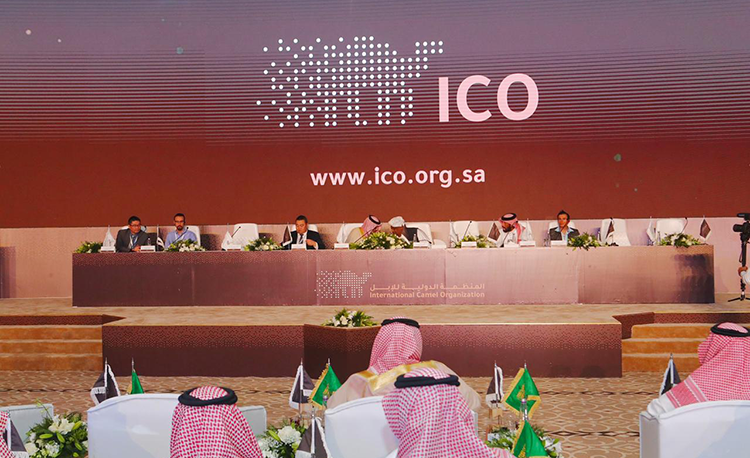 Fahd bin Falah bin Hithleen, Chairman of the Saudi Camel Club, said that the final race of the 3rd edition of King Abdulaziz Camel Festival, an annual event taking place under the patronage of the Custodian of the Two Holy Mosques King Salman bin Abdulaziz, will welcome for the first time the participation of a woman, Princess Jamila bint Abdulmajeed bin Saud bin Abdulaziz, in the camel racing competition. 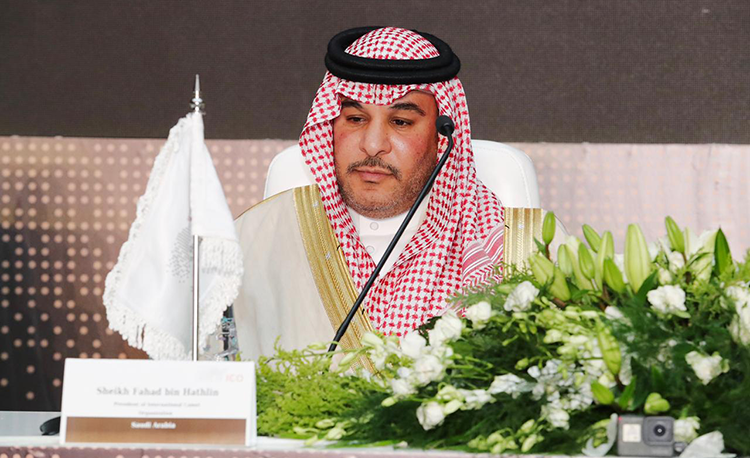 He congratulated the princess on pioneering the introduction of Saudi women into the world of camels, a source of much Arabian folklore and a reflection of the history and culture of the Kingdom of Saudi Arabia. He wished her every success in this new and exciting undertaking. 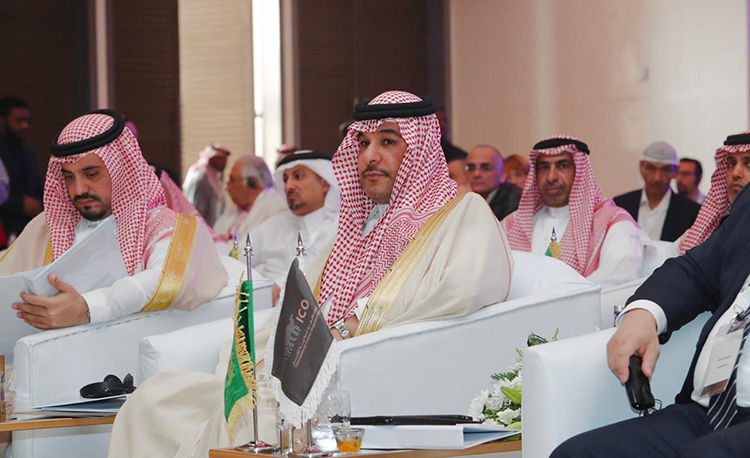 “The conclusion of the camel race this year will be on Saturday in front of the Custodian of the Two Holy Mosques with have a different flavor, with the participation of the first woman in camel races,” bin Hithleen wrote on his official Twitter account. 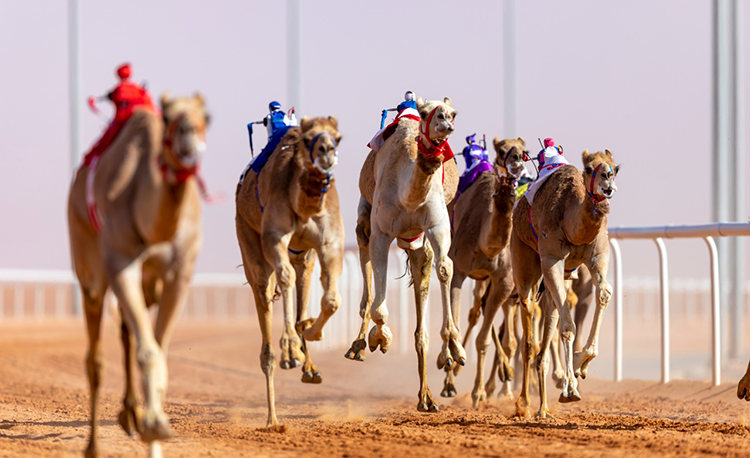 “I congratulate Princess Jamila bint Abdulmajeed bin Saud bin Abdulaziz for breaking into the camel world and wish her all the success,” bin Hithleen added. 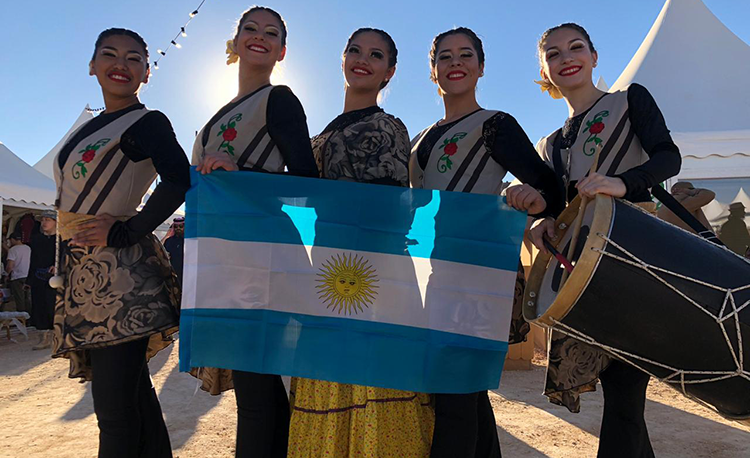 Present-day camel racing no longer involves actual jockeys on camelback. Robotic units are attached to the camels, which are controlled by their handlers using remote controls as they circle the course in SUVs. 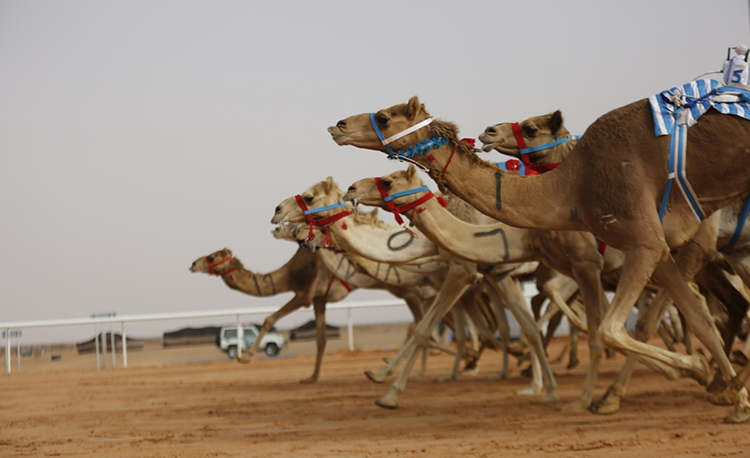 King Salman will attend the final ceremony of the six-week festival on Saturday where he will be joined by leaders from around the region, including His Highness the Crown Prince of Kuwait, Sheikh Nawaf Al-Ahmad Al-Jaber Al-Sabah, the Representative of His Highness the Emir. Prime Minister Muhamedkaliy Abilgaziyev of Kyrgyzstan will attend also. 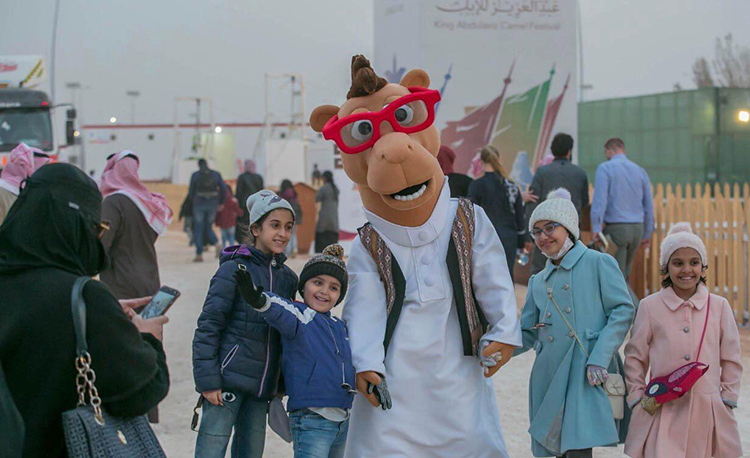 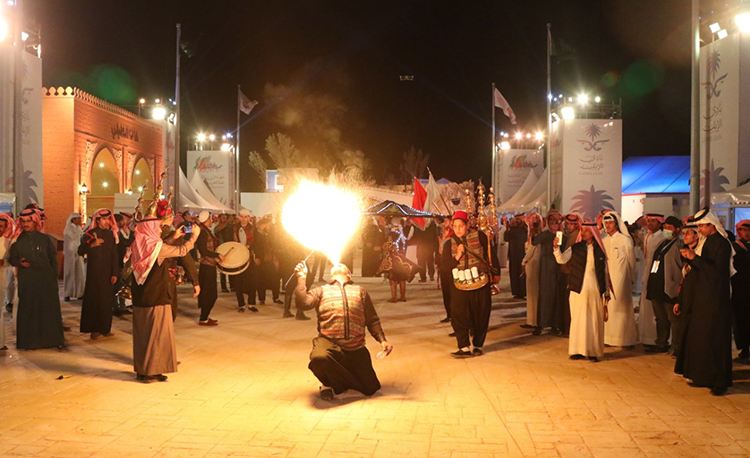 According to festival organisers, more than 1,550 camel owners were in attendance at this year’s camel beauty pageant events accompanied by more than 23,500 camels, all competing for the prestigious King Abdulaziz Award for Camel Pageantry. 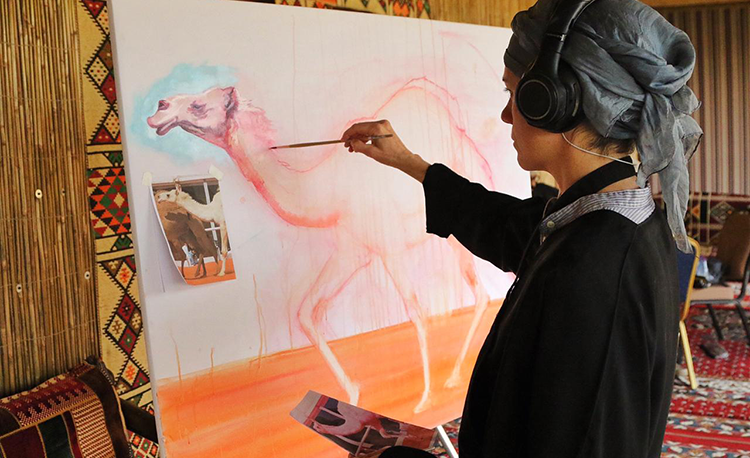 Earlier this week, more than 40 ambassadors and heads of diplomatic missions accredited to the Kingdom visited the festival, touring various venues such as Camel Village, the Desert Park and various pavilions, as well as paying a visit to the World of Nomads event, which showcases the histories and cultures of nomadic peoples from more than 75 countries. 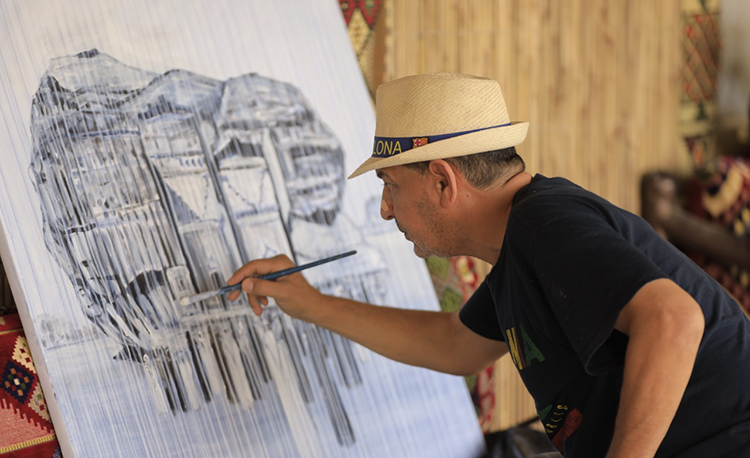 The formation of the International Camel Organisation was announced on Thursday in the presence of the Organisation’s first Constituent Assembly and representatives of 96 interested countries. The non-profit is to be headquartered in Riyadh. 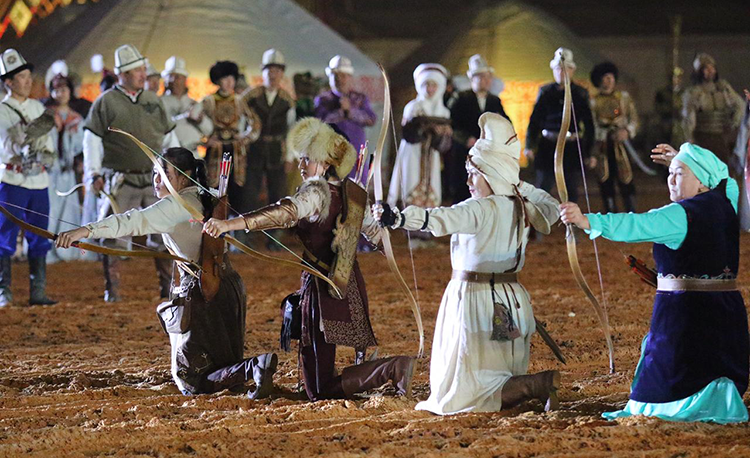 Bin Hithleen was unanimously elected to a five-year term as Chairman of the new body.

Delegates pointed to the Riyadh Charter as the basis for the Organisation’s profile and activities. The Charter highlights the role of camels in world history, their role in the cultural heritage of many countries and the importance of nurturing camels and supporting those who dedicate themselves to taking care of camels. 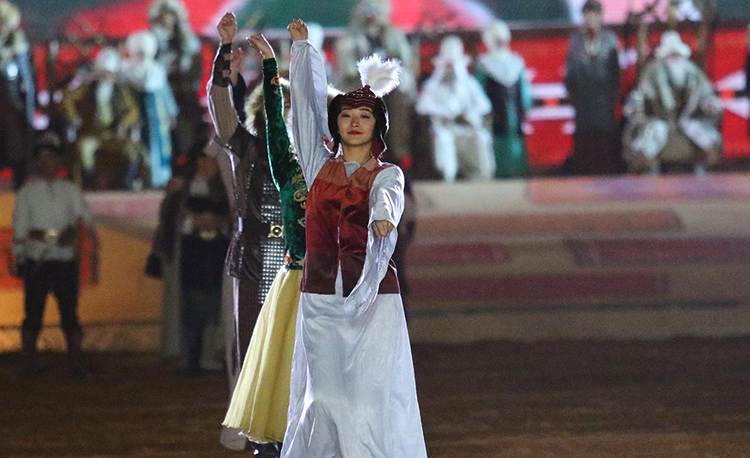 With the announcement of the founding of the International Camel Organisation, a list of goals and activities was promulgated. Among those goals are: 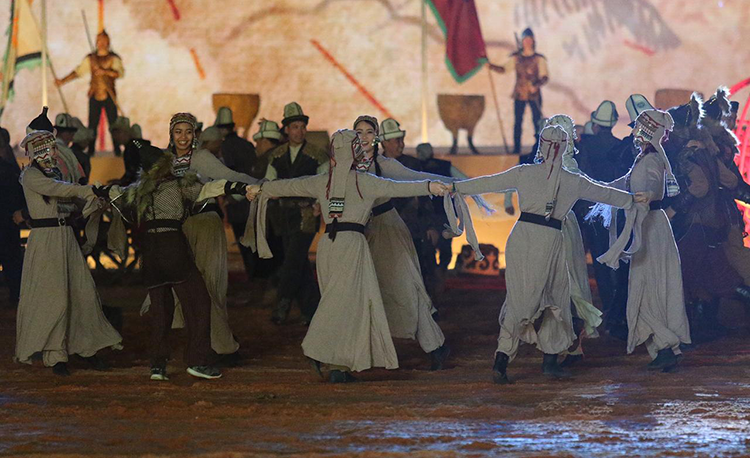 The announcement concerning the establishment of the International Camel Organisation came at the end of the King Abdul Aziz Camel Festival and just as an exhibition of the Nomad Games debuted as part of the Festival with a spectacular opening ceremonies there. Teams from many countries took part in horse riding, hunting, archery, wrestling and traditional dance competitions. The games are dedicated to preserving traditional nomadic culture and have become Central Asia’s biggest sporting event. The first Nomad Games were held in 2014 in Cholpon-Ata, Kyrgyzstan with the participation of 580 athletes from 19 countries. 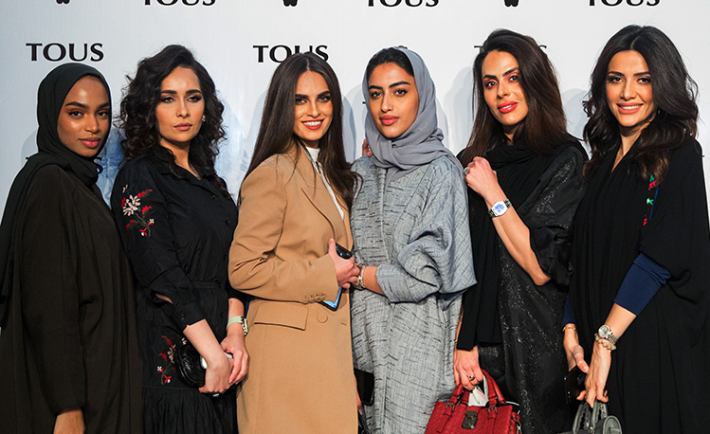 Riyadh – Tous, the leading Spanish innovative brand in the world of jewelry and accessories, has launched a unique, modern and elegant collection of jewelry designed especially for the Mother’s Day.

The collection will make each and every mother feel like a bright star, filling her heart with joy and gladness.

In recognition of mothers’ selflessness and endless sacrifices, TOUS held a glamourous event at Al-Faisaliyah Hotel in Riyadh on 18 March where it officially released its new collection. VIPs and their mothers as well as an elite of businesswomen, social media influencers and media attended the event. 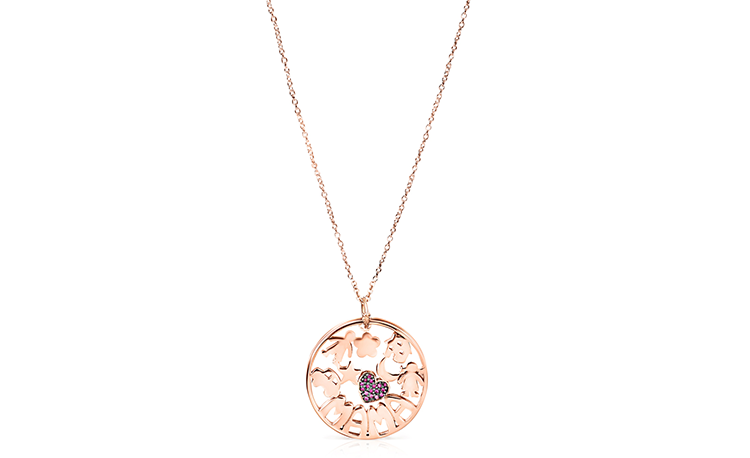 The breath-taking features of the new collection impressed all attendees with its elegant and fine designs, inspired by the role and importance of mothers. Sons and daughters can choose from the different items of the collection and give it to their mothers as a gift that recognizes their sacrifices and strengthens relationships, and above all as a way to show gratitude to their mothers.

Various entertainment events for mother and their daughters were organized and different design contests were held during the event. 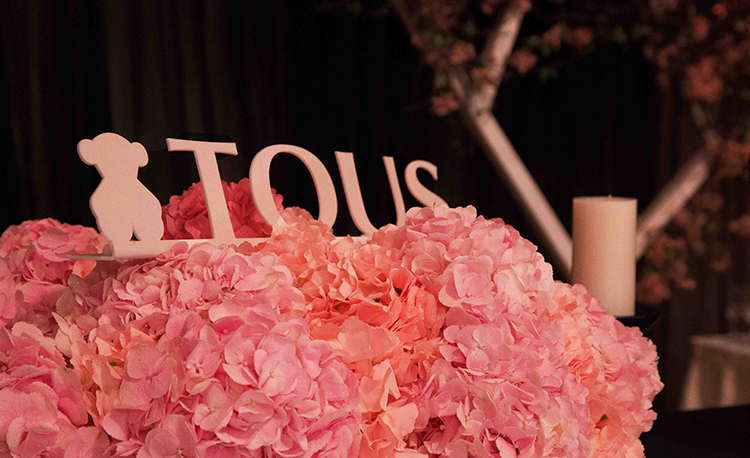 With more than 4,000 professionals, TOUS has promoted its corporate culture based on legacy, commitment and creativity since it was set up in 1920, when it started out in the jewelry business. Today TOUS, as a global brand, is present in more than 50 countries with more than 700 stores in cities such as Barcelona, Beijing, Dubai, Jeddah, Madrid, Mexico City, Miami, Moscow, New York, Paris, Rome, Shanghai and Tokyo.

With the mission of being desired around the world for offering fine jewelry and accessories that celebrate each moment of life as well as being an exciting brand, TOUS has the vision to be the most desirable and successful affordable luxury jewelry brand in the world, committed to adding value to customers, partners and society as a whole. www.tous.com 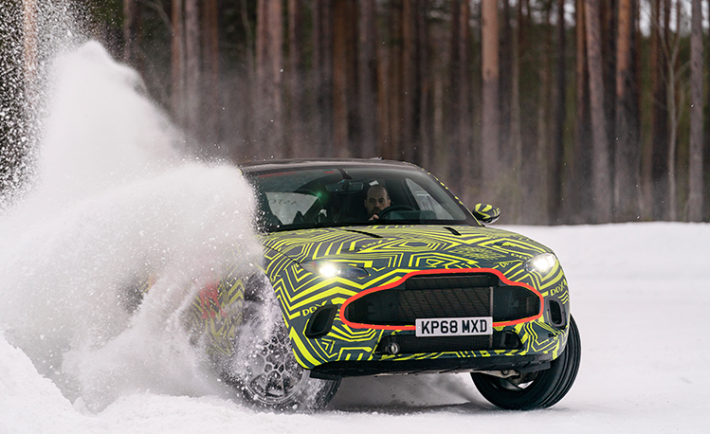 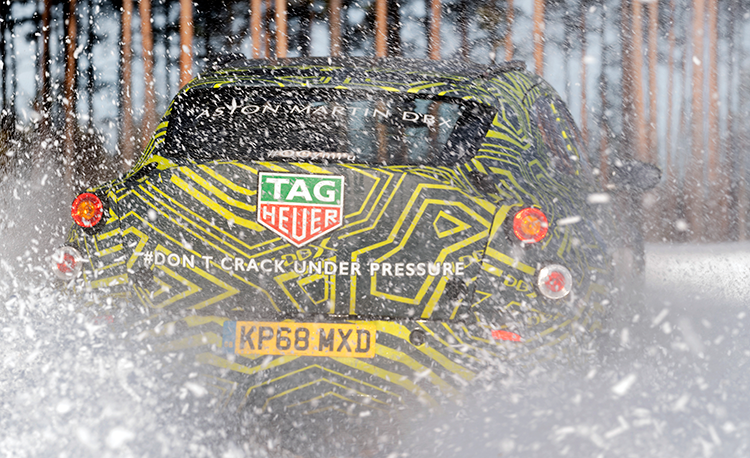 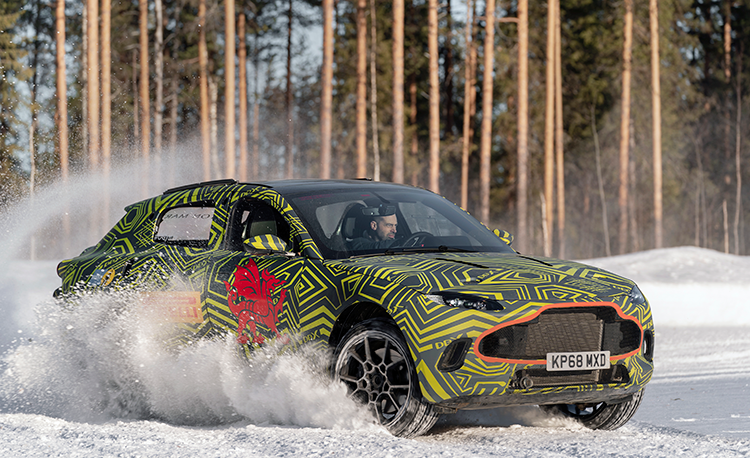 Becker said, “The Aston Martin DBX needs to be ready for a wide range of multi-terrain surfaces, so in addition to testing the car in normal day-to-day situations, we need to test it in extreme conditions such as these.Testing these prototypes in cold climate conditions helps us to assess the car’s early dynamics and crucially ensure confidence inspiring sure- footedness on low grip surfaces. This car propels Aston Martin into a new segment and our engineering team are enjoying the challenges of developing a quality luxury SUV experience through this robust testing schedule. Progress is on-track and I am confident that we will deliver over and above what our customers would expect from an Aston Martin SUV.”

The Aston Martin DBX will go into prototype build at St Athan, Wales in mid-2019, before full production commences in 2020.