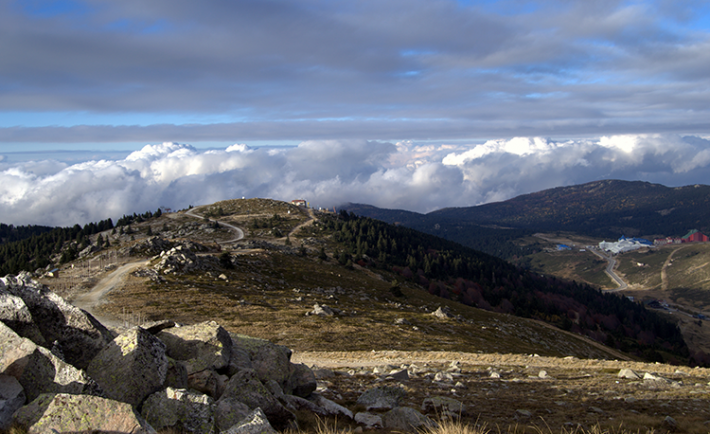 Many water bottles in Turkey come with a description on their label stating the source as Uludağ, clearly expressed by the photo in the backdrop of the label being that of a snow-clad mountain. While the photo may not exactly convey the truth in its imagery, it does, however, manage to intrigue buyers to visit Uludağ, the highest peak in the country. We were one of them. 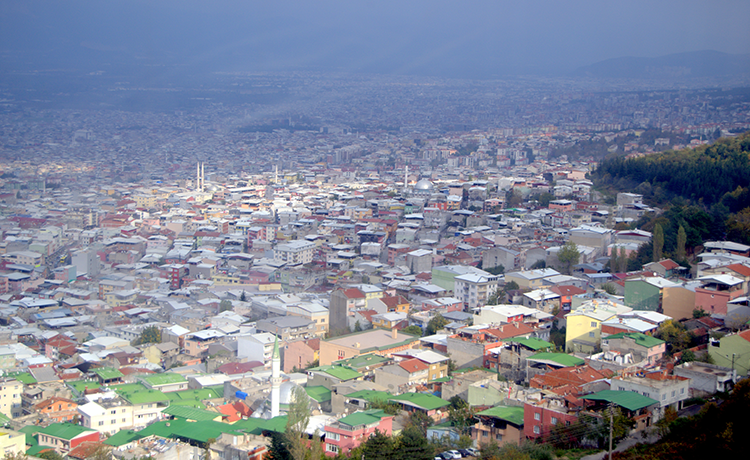 Setting off from Bursa, we boarded the gondola or the locally referenced Telerik, that runs until Uludağ. The gondola moved along dense fog and clouds. The forest land beneath and around us was of various hues of brown and orange, reflecting the autumn spirit. The gondola moved without stopping once; making us feel like a bird that was passing through thin air to reach the top of the cloud encircled mountain. 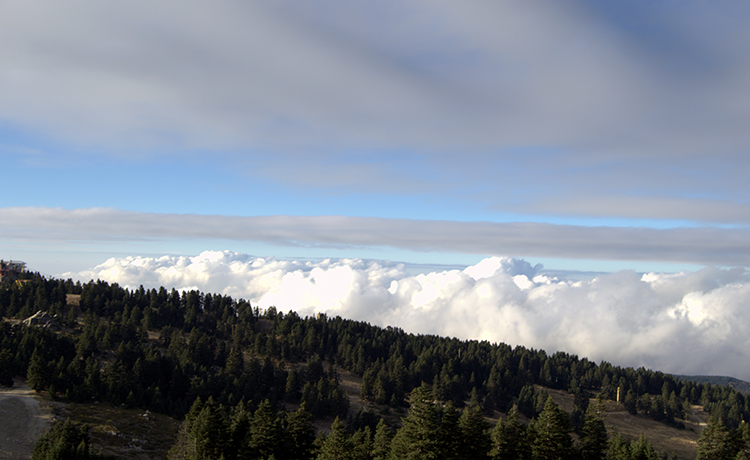 The view was stunning, the fog was rising from the midst of the dense forests. The ride on the gondola was quite long despite it moving at a fast speed. The cables were supported by poles that stood far apart, leaving us perplexed as to how were they able to carry so much weight over such long distances. In fact, the Bursa Uludağ Gondola is the world’s longest gondola lift line. 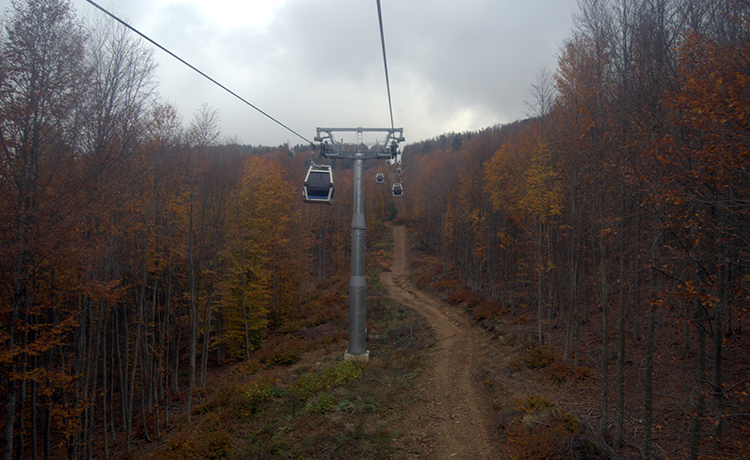 We got off one of the stations. The station housed a market that was selling winter clothing and other paraphernalia at high prices. We felt the urgent need to buy them as our winter clothes were proven to be scanty. Standing at an elevation of close to 2500 meters, Uludağ often witnesses subzero temperatures at night. 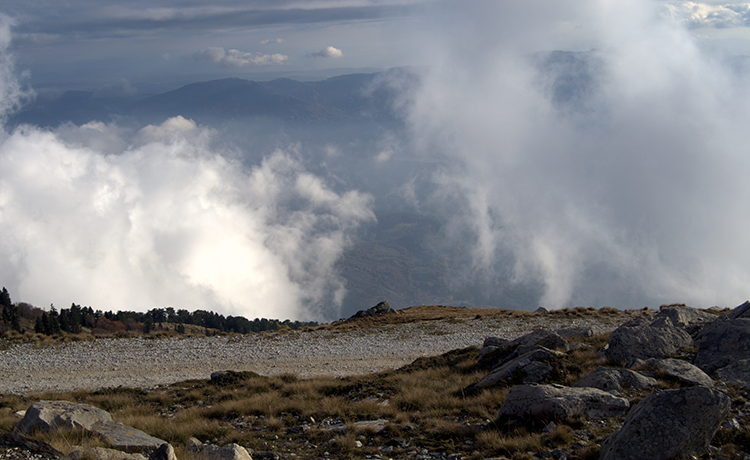 Uludağ is popular in the winter season for winter sports such as skiing and during the summer its national park is a major draw, boasting of a rich flora and fauna. We went in autumn, which was in the midst of both tourist seasons. 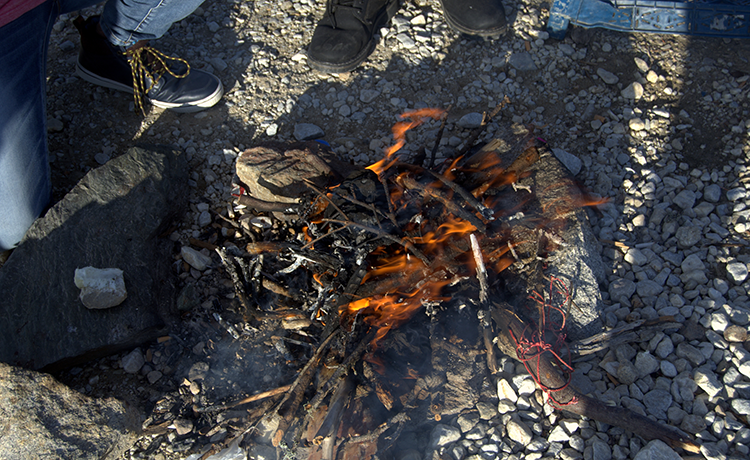 As we were with a tour group, our bus was waiting for us outside the station. It took us to a restaurant nearby from where we rented a 4×4 to drive us to the top. The ride on the 4×4 was as thrilling as a roller-coaster ride as we made our way through rugged tracks in the midst of a thick forest. We went past cliff faces, steep vertical ends, and even boulders at times; a backbreaking ride. Strongly inadvisable for those suffering from sciatic pain.  We hit so many logs and rocks over many ridges and troughs that I lost count. 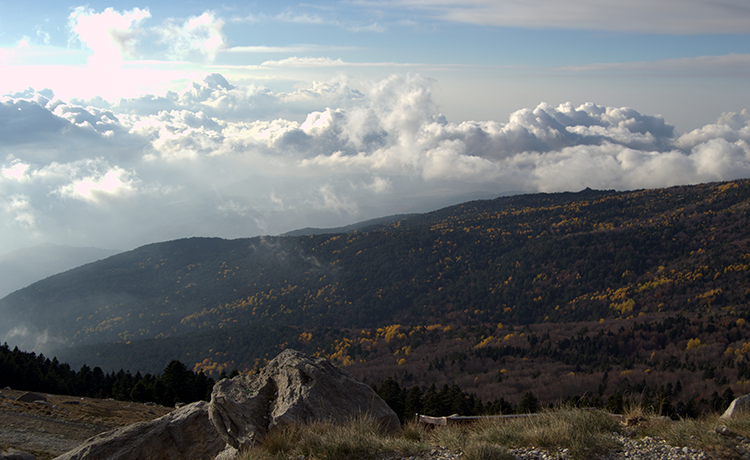 Once atop the peak, the frigid weather seemed gelid. But the sight in front of us made us forget it all for a moment. The clouds were beneath us, we were standing at such a height that there was hardly any vegetation capable of surviving.

On one side we could see the clouds brushing the mountain, on the other beautiful vistas of trees that were losing their leaves, preparing for the snowy winters. In Turkish, Uludağ means “sublime mountain”.  I feel the name given to it could not have been apter. Our guide had lit a bonfire, to which we all rushed to save our benumbed hands from frostbite. 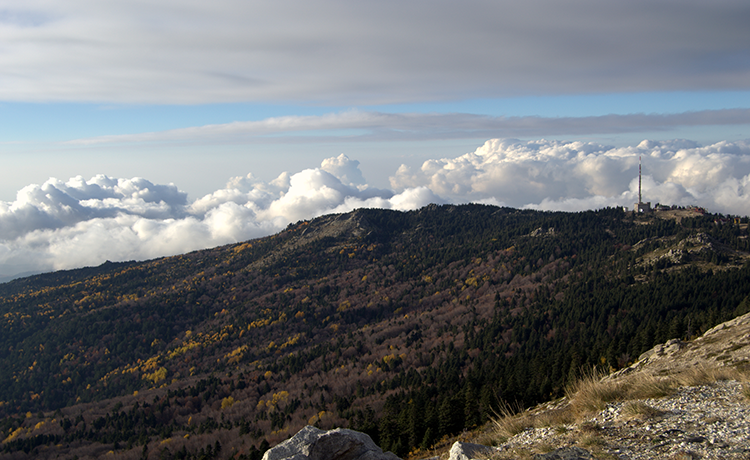 We saw other peaks rising from the horizon that were taller than the one we were on, but they seemed to be accessible only by helicopter drops or mountain climbing. Neither of which we had access to. 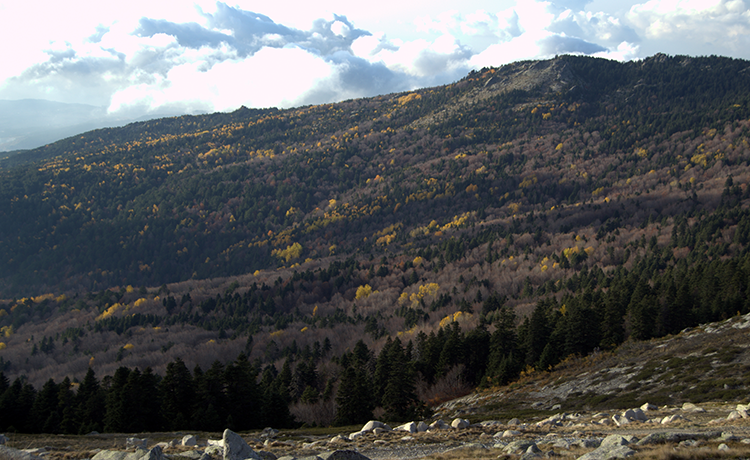 After taking in all the live wallpaper worthy scenery around the mountains we went back through the same forest that we came from. The bouncy ride didn’t matter that much this time around. Our tour group stopped at a restaurant that served delicious barbecue items that Turkey is famous for straight from the grill. The protein-rich meal did manage to keep us warm for a little while after which we were forced to run back into our bus waiting to reach Bursa again, the industrial city where temperatures would be more bearable for us.