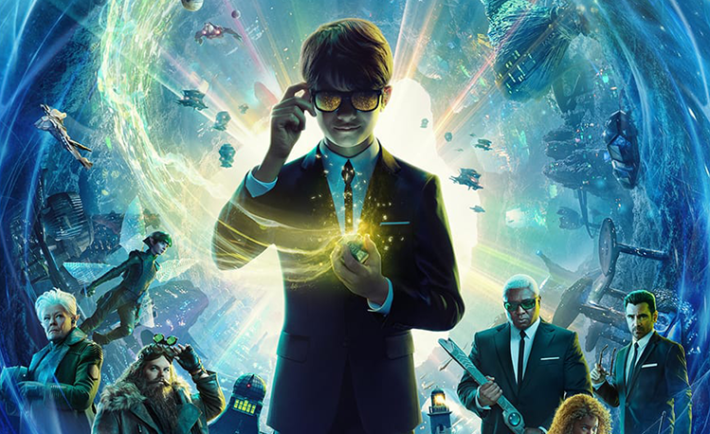 While it doesn’t quite capture the magic of the books, Disney’s Artemis Fowl is an adequate attempt to usher a beloved franchise into the reel world.

Everyone knows that the book is almost always better than the movie, and so it is no surprise that Disney’s Artemis Fowl falls short of expectations. However, what the film lacks in pacing and storytelling, it compensates for in heart and show-stopping visuals that will definitely thrill young audiences, whether they’ve grown up reading the books, or they’re just meeting Artemis for the first time.

With a well-timed June release on OSN and other streaming services, Artemis Fowl, based on the first two of author Eoin Colfer’s children fantasy novels, is an ambitious and well-intentioned endeavor to depict a beloved book series about an adolescent genius, Artemis, who discovers a hidden world of magic and mystery, inspired from Irish mythology, and embarks on a brave journey to rescue his father. Directed by Harry Potter alum, Kenneth Branagh, the film is assumed be the first installment of a franchise that aspires to join the ranks of popular  adaptations such as Percy Jackson, Harry Potter, and The Hunger Games.

While the magic of source material doesn’t completely shine through, the film shows commendable effort to bring a beloved childhood favorite to life. Branagh strategically uses his Shakespearian arsenal to arm the action-packed film with enough theatrics, drama, and peril to create an admittedly predictable yet thrilling adventure. He also manages to get fellow Shakespearian actor Judy Dench on board, however, her presence, even though commanding as always, is seemingly out of place in the fairy world. The shining star of the film is Lara McDonnell who gives a colorful and standout performance as the bold and brave fairy Holly. The most disappointing of all are the film’s leads: Ferdia Shaw, who nails the arrogance, but not the charisma of our young criminal mastermind, and Collin Farrell whose detached demeanor as Artemis’s father makes for a stale and awkward performance.

This is what happens when a fantasy film strays away from the book; it suffers from a rushed plot set up that weakens the world-building, making the story and its characters pale in comparison to their literary counterparts. While this makes Artemis Fowl difficult to follow for really young viewers and confuse others, there is a silver lining: the film impresses and intrigues enough to make us check out the original medium; the books. Kenneth Branagh, was this your plan all along? Crash-landing with adequate storytelling and somewhat bland acting, yet captivating us visually, leaving out just enough here and there to make us can’t help but read the books? You evil genius.