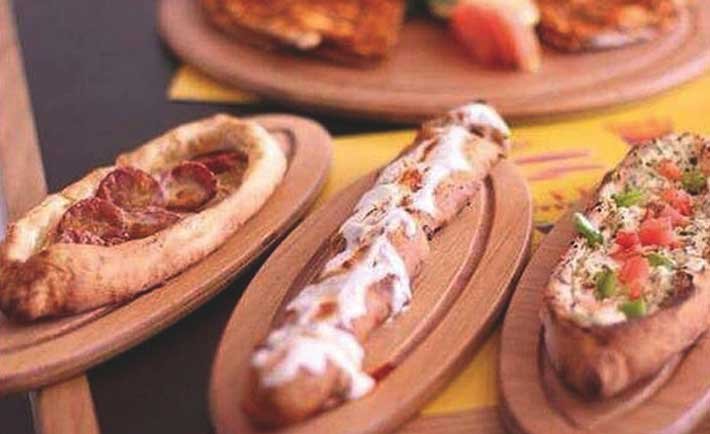 Who needs a hot air balloon or a train to go everywhere? Just eat your way through the globe!

We’re kind of lucky, us Riyadhians. We get the whole world delivered to our city. Best Lebanese food? We have it. Buckets of Italian food? Yes. Indian? Yes. Chinese? Yes. Indonesian? Japanese? Korean? American? Armenian? Filipino? Brazilian? Yes, yes, and yes. As it is, you can stay in Riyadh and still eat your way around the globe.

If there’s one thing Hong Kongians know how to do, it’s making carbs. There’s nothing better than to sit at a ‘dairy company’ in Tsim Sha Tsui and eat a breakfast comprised of fried toast soaked in condensed milk, trust us. Luckily, Bread Talk opened up recently to fulfill our cotton-soft cheesecake and honey milk bun cravings. And they even have spicy floss buns! (Although we recommend you stay away from those). Overall, Bread Talk is a most excellent substitute for anyone suffering from a case of HK carb withdrawal. Plus, they have rainbow toast. Here’s to more options opening up in the city! Because we really need condensed milk French toast, okay? Don’t judge.

Extra Recommendations: None. It’s a work-in-process… We’re looking at you, Toastbox. 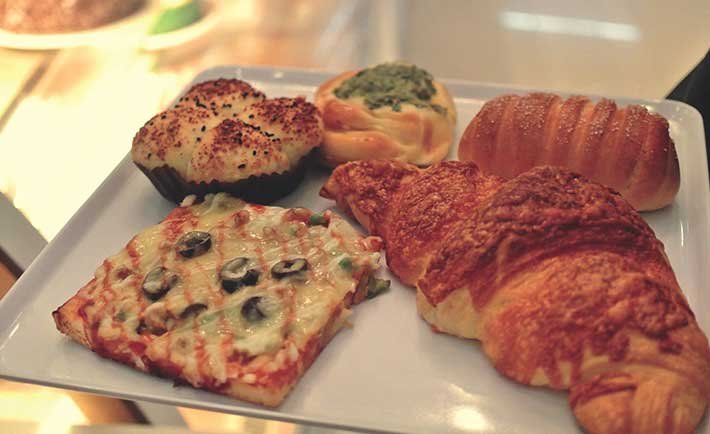 The Turkish carb scene is definitely one to follow. Add in the Turkish propensity for fresh cheese and you have winning combination. And newcomer Pide is pretty much capitalizing on all of that. With a fresh outlook in terms of design and packaging, it’s pretty much become the new it place for Turkish pastries.

Try the cheese pide for standard comfort, or -if you’re feeling a little wild- the four seasons pide. 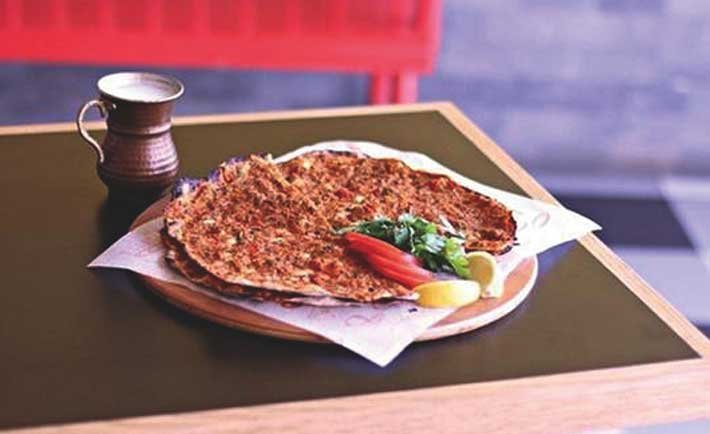 With a whole street in Al Suleimaniah dedicated  to Filipino food, we’re kind of not surprised there’s a bakery as well. It’s cheap, very cheap. It’s basically your go to place for cheap Filipino bread. And since Filipinos have a very colorful background, it’s like a crossbreed of Spanish and Chinese delicacies. Try the Spanish bread, which is basically dough wrapped in sugar with a coconut filling. The ensaymada is also awesome. They also have egg pies! And Chinese empanadas. 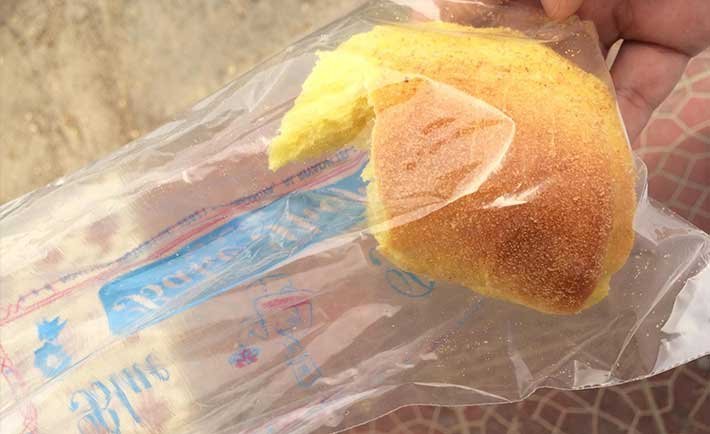 Oh, boy. The mother load of them all. We don’t even know where to start. Lulu’s isn’t just the representative of one country; it’s somehow managed to be a representative of them all. Except maybe Vietnam. And Russia. And Bolivia. And possibly a few other countries. Bottom line is, Lulu’s bakery is a melting pot of cultures, and the best place to get most types of South Asian foods in a pinch. Hankering for some gulab jamun? Lulu’s. Punjabi samosa? Lulu’s. Paneer paratha? Lulu’s. Cherry Pies? Lul- no, we’re just pulling your leg, don’t go for the cherry pies. Stick to the gulab jamun. Gulab jamun is glorious. 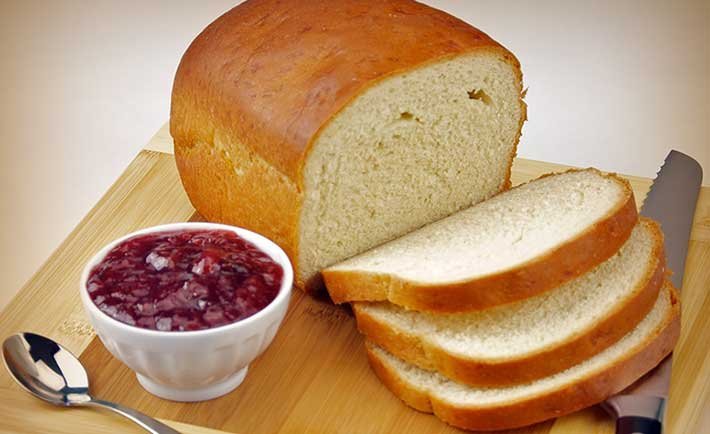 Look. We get that it’s almost impossible to capture the exact brilliance of Paris’s boulangeries, okay? But it hasn’t stopped the city from trying and we have a dozen French bread makers in town. Our favorite for both flavor and price has got to be French Corner. Practically vintage, French Corner has been around for a while and offers most patisserie favorites, from baguettes to éclairs. We particularly love the éclairs, there isn’t a hint of French delicateness in them but you’ll be hard pressed to find a more satisfying chocolate cream filling for three riyals anywhere in the country. 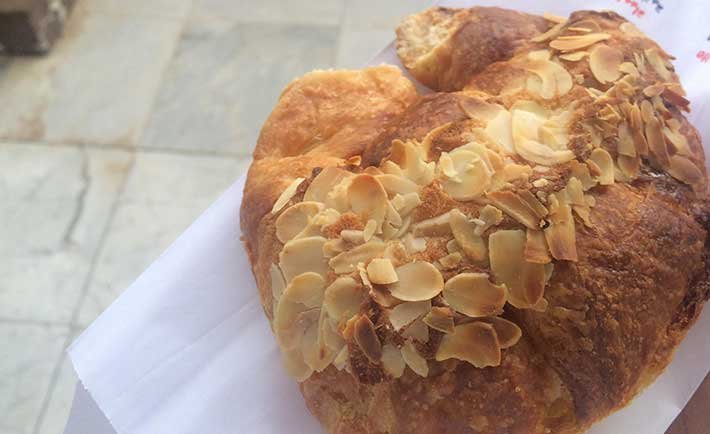 Budapest is a city of art, culture, history… and kürtőskalács. What are kürtőskalács, you ask us? Marvelous little pieces of awesome sauce that induce happiness and prosperity and- er, they’re a traditional Hungarian pastry made from sweet yeast dough that is wrapped around a baking spit and then baked over charcoal. The original is only covered by sugar, but other toppings can be added, like cinnamon or chocolate. And, Riyadhis, they’re now in the city! Seems like the guys behind Chimney Cake were as equally impressed as we were, as they’ve opened a shop dedicated to this amazing dessert. A little Hungary never hurt anyone, eh? 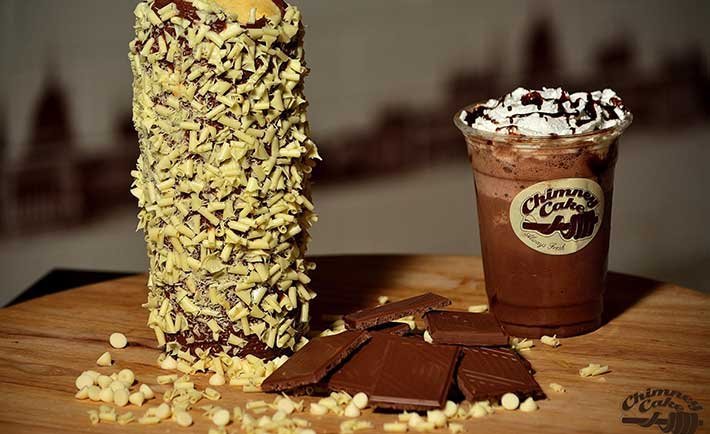 Alka’aki isn’t just a bakery. It’s practically an institution. One of the oldest Lebanese eateries in town, it’s the first place to come to mind if you ask anyone about Beirut-inspired food. Almost everything is recommended, but the cheese pies and the regular samooli especially so. The bakery has been updating their menu now and offer trending sweets like mini kitkat or bounty cakes, but as we always say with traditional food: Stick to the basics. You’ll never go wrong with what the bakery has been making for years. 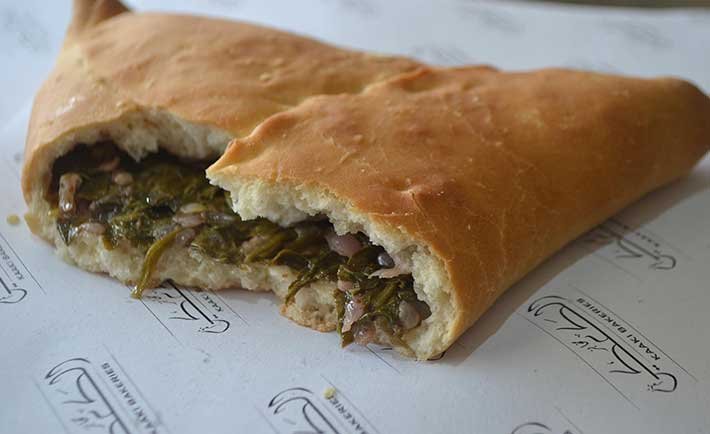