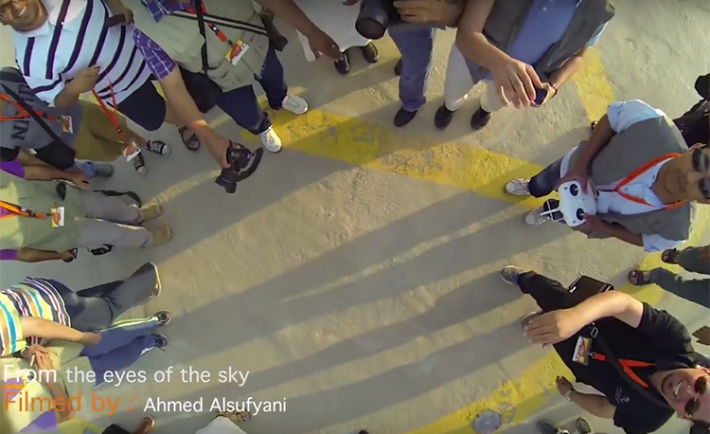 You’ve seen the country’s famous landmarks, be it the Jeddah Flagpole or the Kingdom Tower, but have you seen them from the sky?

Filmed by Ahmed Alsufyani, the video is aptly titled “From the eyes of the sky”. It was uploaded by the Saudi Tourism on their official YouTube channel.

Taking off from a helipad on a skyscraper, the video captures the stunning cities of Saudi Arabia from the sky. For those who have seen the cities watching them in this new light is nothing less than surreal. In short, the video will make you yearn to experience one of those new generation rotorcrafts that have become so popular around the Kingdom.