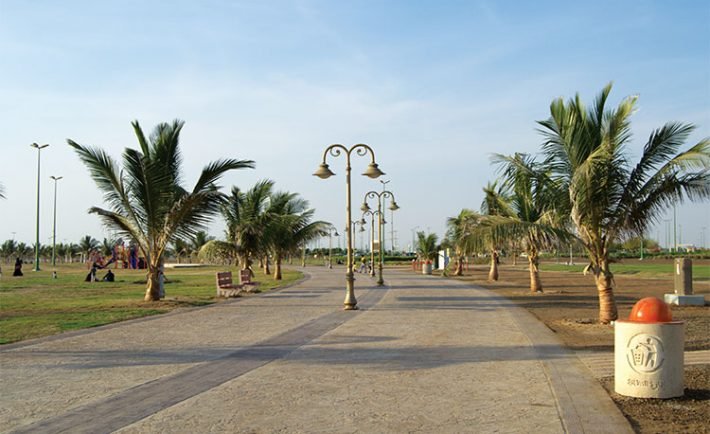 Even man-made beaches can be good.

The soft sand disperses as we take baby steps in the cold sea. Calm waves lap the shoreline that is dotted with tire tracks all over, which we later found out to be of the coastguards that patrol the area.

Yanbu’s Industrial Waterfront is so well laid out, that it serves as a benchmark for other beach development projects around the country. Designated areas for swimming, landscaped gardens, ample parking and various other amenities, need you ask more? It easily ranks in the top for being one of the best man-made beaches the Kingdom has to offer.

Yanbu being a medium-sized city and within it, the Royal Commission which houses the waterfront being an even more secluded area, the beach provides ample privacy and makes for a textbook picnic spot for families and ‘singles’ alike.

After a spontaneous decision, taken only a few hours before, we found ourselves passing refinery after refinery on route to Yanbu from Jeddah. On one side were the refineries that were lit brightly and on the other, there was the plain darkness of the empty desert. 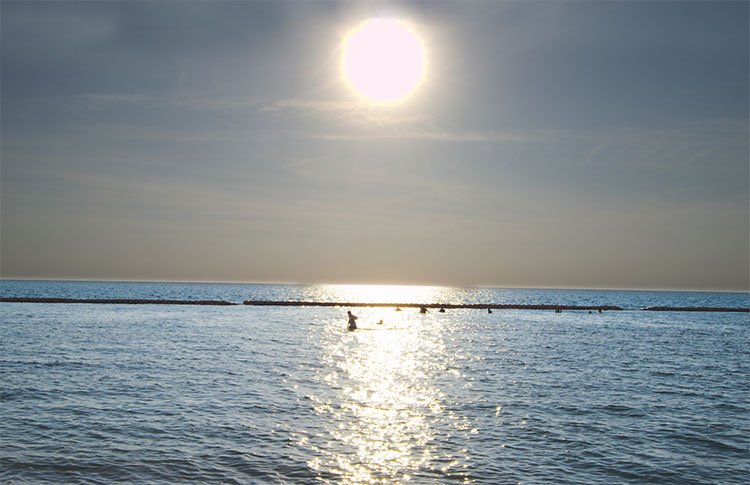 Some refineries even had a fire burning from the top of the boilers, burning byproducts of crude oil that was being refined there. Our car set on cruise control raced past the occasional small villages and within a few hours, we ended up in Yanbu’s Royal Commission.

After an overnight stay, we headed to Yanbu’s famed waterfront. The crowds here were in lesser numbers, the atmosphere more relaxed, as opposed to Jeddah’s beaches.

Whatever shade there was, was already occupied by families – the trees, the secluded tent-like structures and even the shade that came by the kiosks. By a garden next to the beach we ate food we bought from Al Baik. We actually were hoping for seafood but didn’t come across any seafood restaurants in the Royal Commission area, so we ended up relying on the time-tested Al Baik. We were told the seafood restaurants were in the Balad area of Yanbu.

After lunch, we crossed the landscaped area of the waterfront and made our way across the coarse sand. Perhaps the landscaped area is to expand further closer to the beach as this sand seems to have been sourced for developmental purposes and is not regular sea sand. 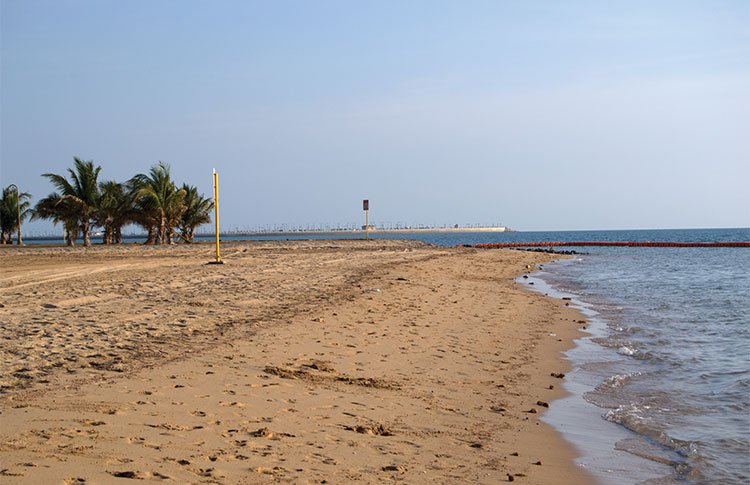 We walked on the coarse sand for a long distance before finally reaching the shoreline. It was soothing to see the unruffled sea. We walked through the shallow waters barefoot, there were hardly any pebbles inside leave alone rocks or stones. Without any visible vegetation growing in the water, we can safely say that the water was pretty much lifeless, making it ideal for swimming. Even the little ones can enter the water without the fear of getting bitten by crustaceans or getting their feet entangled in seaweed.

As we swam towards the barriers that marked the limits of the area designated for swimming, the water seemed colder, becoming more and more unbearable after each stroke. From volleyball without nets to our own concocted water sports, we had a memorable time playing by the setting sun.

After sunset, the crowd shifted from the dark seaside towards the parking lot that is lit by street lights; their picnic continues.

The kiosks nearby serve tea and other food items at high prices; they were the only food options for miles. We had other items to tick off from our list of places to visit in Yanbu, but the weekend was ending and the journey back to Jeddah was in the back of our heads, so we left soon after with unchecked boxes on our places to see list.

Being just around a three-hour drive from Jeddah, for the most part, we found the waterfront to be an amazing picnic spot for those feeling a little more adventurous over the weekend. Yes, there are plentiful beaches en route to Yanbu that are somewhat similar but it is the location of this particular beach right in the heart of the lavish Royal Commission area that undeniably makes the trip worthwhile.