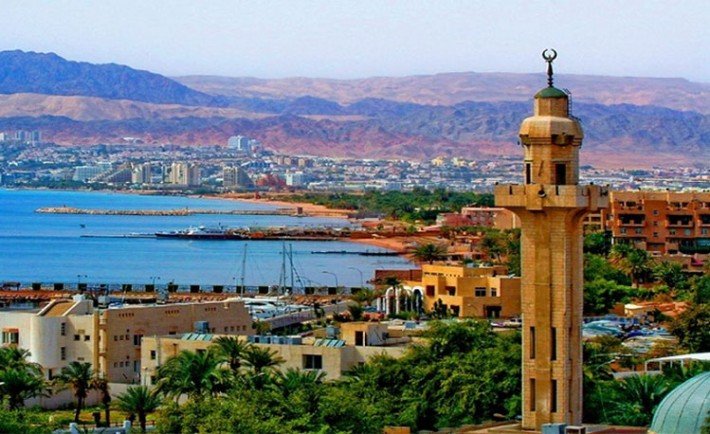 Being Jordan’s only window to the sea, Jordanians seemed to have realized Aqaba’s importance and boy have they tried their best to make it tourist friendly.

They have succeeded in their endeavors to such as extent that when one thinks of an idyllic Middle Eastern beach, Aqaba will be there right on the top. There are so many things to do at Aqaba and if you happen to be a beach lover, then the list grows longer. After trying the following suggestions that we have for prepared, you will surely end up adding a sense of curiosity and breadth to your typical travel stories.

Quite a lure for history lovers, this fortress boasts a long history of around 600 years. It’s most celebrated for a historic Arab victory, when this fort fell into Arab hands from the Turks. The battle is known for turning the tides around in favor of the Arabs during the Arab revolt beginning in 1916. This very same battle was also portrayed in the Hollywood classic Lawrence of Arabia.

2. Wander around the ruins of the ancient city of Ayla

The first Islamic city to be founded outside the Arabian Peninsula, Ayla’s ruins speaks oodles of bygone times. It was founded close to the year 650 AD by the Caliph Uthman ibn Affan. Ayla was an important city along the trade route from India and Arabia to the west. The city is even mentioned in several stories in the Arabian Nights.

Sitting adjacent to the Aqaba fort, the museum structure was formerly the royal residence of Sharif Hussein Bin Ali. Constructed shortly after the first World War, the structure stays true to its Levantine roots. Inside you will find artifacts dating back to around 4000 years ago, which were excavated from in and around Aqaba.

Aqaba is a haven for watersports lovers. Waterskiing, scuba diving, kite-surfing, snorkeling and windsurfing amongst many others -you name it they have it.

5. Explore the Marine Rich Waters of the Red Sea Through a glass-bottom boat

In case you are not into watersports then you can always opt for glass-bottom boat trips that will surely be an experience you won’t want to miss. Fishes, crustaceans and even corals, be prepared for a novel experience.

Wadi Araba is a 150 km stretch of land that runs from Aqaba till the Dead Sea. It’s best to visit the place with a tour group as you will hardly find any habitation there. Here you’ll encounter classic desert dunes, making it an ideal spot for desert camping. Some tour groups actually take you to meet bedouins on this trip, where you’ll get to experience true Arabian hospitality.

7. Get in touch with your spiritual side at Sharif Hussein Bin Ali Mosque

Abiding to archetypal elements of Islamic architecture, this stark white mosque is easily one of the most architecturally beautiful mosques in the city. Built in the 70s, this mosque is equally impressive at night when it’s lit up.

8. Taste the exquisite fares of the Levant

There’s a plethora of restaurants, upscale and economical types that serve typical Levantine cuisine. Whether you’re splurging heaps of money on restaurants or not, regardless, you will definitely end up gorging on the delectable dishes.

9. Take a sojourn at the Souk By The Sea

The specialty about this place is that you won’t end up with mass produced souvenirs to take back with you. Instead, handmade merchandise by local craftsmen. While you’re there don’t forget to buy some spices, nuts and sweets, they are much loved by tourists. However, bear in mind that this souk operates only on Fridays.