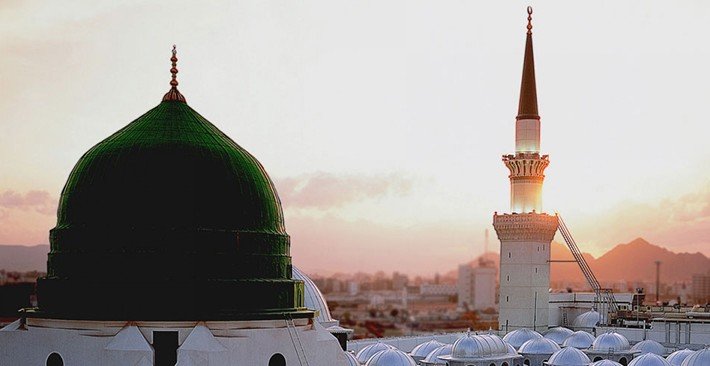 It’s not only the foreign pilgrims, many residents of Madinah have not visited all these as well.

While the main purpose of visiting Madinah, which is to visit the Prophet’s mosque is being fulfilled; many end up without really experiencing the city that the Prophet (P.B.U.H.) loved so dearly. There’s a famous hadith narrated by Anas (R.A.) that says: Whenever the Prophet (P.B.U.H.) returned from a journey and observed the walls of Madinah, he would make his mount go fast, and if he was on an animal (i.e. a horse), he would make it gallop because of his love for Madinah [Bukhari, Vol. 3, Book 30, Hadith no. 110].

Some tour/umrah/hajj groups do visit the Quba mosque, the Qiblatain mosque and the mountain of Uhud, but there’s more to Madinah then those. In fact, so much more that you’d probably want to make sure that next time you happen to be in the city, you’d make it a point to visit at least one of these sites.

We have purposely not included any mosques in this list, because so many of them are repleted with history dating back to the Prophet (P.B.U.H.) or his companions (R.A.) that they would fill an entire list of lesser-known historic places in Madinah by themselves.

The exhibition runs year round and is located in the gallery on the western side of the Prophet’s Mosque. Here one can get to know the meanings and the significance of Allah’s names. A big attraction in the exhibition is the video that is played on the giant screen that shows how small we and our planet are when compared to the universe as we know it currently.

Located close to the Quba mosque atop a hill, this Ottoman built fortification functioned mainly as a guard tower. Rough cut stones joined with mortar lime are what still uphold this dilapidating tall structure.

Housed within a railway station of the iconic Hejaz Railway, the structure itself is as impressive as the artifacts on display inside. A big attraction in the museum is the bow that is believed to belong to a companion of the Prophet (P.B.U.H).

Sitting around 150 kilometers from Madinah, the site marks the first battle fought by the Muslims. They won it despite being outnumbered almost  3:1.

Exhibition of the Life of Prophet Mohammed PBUH

This exhibition is right in front of the western gate of the Prophet’s Mosque, just adjacent to the Exhibition of Allah’s Names. Here the entire life story of the Prophet (P.B.U.H.) is covered in a beautiful fashion, right from the day-to-day activities that he engaged in to the most significant moments of his life.

Customarily referred to as Wadi Jinn,  this valley  sits just over 30 kilometers away from Madinah. Visitors can expect to watch their car move uphill with its ignition turned off. Many stories about the valley do the rounds, but they’ve all been dismissed of late, citing that it’s nothing more than an optical illusion.

It is said that every one in five Qurans found across the globe has been printed at this printing complex. Visitors can see the process from start to finish. However, bear in mind that entry is allowed only through tour groups. Visitors will even receive a free copy of the Quran at the end of the tour.

Though it is a park today, this was once a house where the most prominent companions of the Prophet (P.B.U.H.) gathered after he left this world to decide on the future leader of the Muslims. It was here that Abu Bakr (R.A.) was given allegiance by them and made the caliph.

Located on the outskirts of Madinah, the ruins of this palace evoke an in ineffable charm. Built mainly of granite, the palace was constructed by Saeed ibn Al Aas (R.A.) who was the governor of Madinah during the reign of Caliph Muawiyah (R.A).

The role of Madinah in Islamic history and its heritage is brought to the spotlight in this museum. One can expect to see the growth and transformation of the city from being a small oasis village to becoming a city that sees millions of visitors every year.

Renowned Islamic scholar Urwah Bin Zubayr’s palace stands on the western side of the city on the banks of a valley. It is one of the oldest structures found in the city. It displays the rich heritage and architecture that is characteristic to the golden age of Madinah.