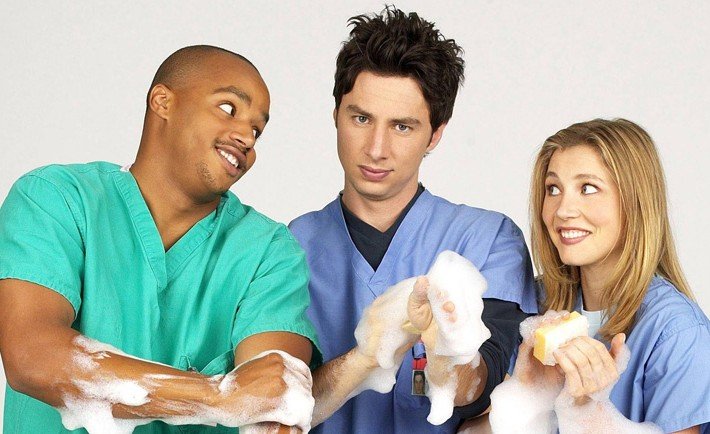 We all watch Grey’s Anatomy and wonder if THAT’S what med school is really like. In reality, however, it couldn’t be any further from the truth…

Trying to explain them in Arabic, however, is just a headache waiting to happen.

Accept it, embrace it.

3. Excited about getting your own pager? Hah! Here’s a fun fact: Pagers aren’t “cool”.

They’re an obnoxious call to duty, and they will never. stop. beeping.

4. Our diets consist of excessive amounts of Lusine sandwiches and really crappy hospital coffee, and that’s on the good days.

5. “When I was in Canada” – the beginning of every conversation with a doctor that’s had any medical training in Canada.

6. True, our parents don’t push us to get married that much. They just tell us to find a doctor.

Tech guys, how about this: Tinder, but for halal marriages between medical personnel. We know. It’s brilliant.

7. Horror: when a doctor calls us out on a morning report to answer a question in front of the entire department, and we’re just like:

9. Trying to diagnose everyone around us because it’s just a natural expression now.

Your mama just coughed? Bang! BRONCHITIS. Trust us, we know what we’re doing. Kind of.

10. We’d like to do normal people things, but we’re too busy taking exams and studying ALL the time.

By the end of the day, it’s not a pretty sight. CC: our friends who aren’t in med school. We still love you, we swear.